Chaos has erupted in the area of Palma in Mozambique.

More than 1 200 people – among them South Africans, who have been trapped amid a bloody siege in Palma – have been evacuated by boat from northern Mozambique on Sunday, a source close to the situation told Netwerk24.

On Sunday afternoon, the shipping tracking platform Marine Traffic showed that six vessels were heading to Pemba from Palma, among them tug boats and a high-speed boat.

News24 earlier reported that some 104 people were rescued from the Amarula Palma hotel after they were trapped there during a bloody siege in the Mozambican town. The attack started on Wednesday, when groups of fighters targeted Palma. Their motivation remains unclear, but it seems as if the violence is perpetrated by insurgents under the names Al-Shabaab and Daesh (ISIS), News24’s Carien du Plessis reported.

More than 180 people including foreign workers were trapped inside the hotel. It is believed that there at least 30 South Africans were in Palma at the time. When the group in the hotel tried to leave it on Friday, their convoy was attacked by the fighters. Seven people were believed to have been killed in the attack.

Meanwhile, several sources have told News24 that the government is making progress on tracing South Africans caught up in the violence.

“The mission in Mozambique is being reinforced with additional staff in order to handle the work at hand of locating, identifying and responding to the respective needs of the affected,” he said at the time.

One of the South Africans who has been missing since Wednesday has been found, Netwerk24 reported on Sunday.

The 21-year old Francois van Niekerk of eMalahleni reportedly fled into the nearby forest amid the attack.

The private military contractor Dyck Advisory Group (DAG) reportedly helped to find some of the missing people and assisted with the evacuation.

Recently, the group was slammed in an Amnesty International report for indiscriminately killing civilians and insurgents alike. Its contract in Mozambique is due to end at the end of the month, but there have been unconfirmed reports that it has been extended by another three months.

News24 has learnt that President Cyril Ramaphosa had an urgent meeting with Defence Minister Nosiviwe Mapisa-Nqakula about the situation late on Saturday afternoon. But the outcome of the meeting is unclear.

The president deployed 200 soldiers to the insurgency-plagued country who will remain there until March 2022.

Their main task will be to deter and prevent piracy in the Mozambique Channel.

The funeral of the veteran Mr Herman Andimba Toivo ya Toivo 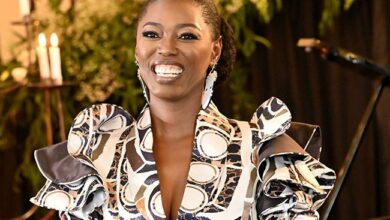 Lira shares an update on her health following stroke 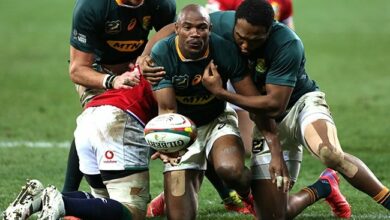 British Lions tour documentary hits the small screen: ‘It will be jaw-dropping stuff’ 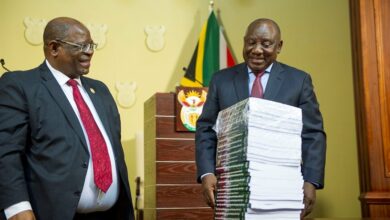