The box office recovery took another hit as Warner Bros. and DC’s critical darling The Suicide Squad opened to a less-than-expected $26.5 million from 4,002 North American theaters amid challenges posed by the Delta variant and a hybrid theatrical-home launch.

The movie could claim one victory: it scored the top North American opening of the pandemic-era for an R-rated title.

Overseas — where COVID-19 is likewise on the rise in a number of territories — The Suicide Squad collected a muted $35 million from 71 markets for a foreign tally of $45.7 million and global take of $72.2 million.

Heading into the weekend, Warners was predicting a $30 million start in North American theaters. The film was made available simultaneously on HBO Max, a practice that many box office pundits say hurts theatrical releases.

The studio so far has not disclosed streaming viewership numbers for the DC Cinematic Universe tentpole.

“This weekend’s performance of The Suicide Squad shows yet again the unpredictability of a theatrical marketplace whose success rises, and falls based on an ever-evolving set of disparate factors including not only the usual film-centric metrics, but also the impact of concerning pandemic news on consumer behavior,” says Comscore’s Paul Dergarabedian. “Of course, the day-and_date release of any film has implications, but in today’s environment it’s too simplistic to analyze a movie’s performance based on that variable alone since there are so many moving parts.”

A month ago, Disney and Marvel’s Black Widow opened to a pandemic-era best $80 million on the big screen. F9, which debuted in late June, is runner-up at $70 million.

However, as concerns over the Delta variant made headlines throughout August, the impact was felt at the box office as moviegoing comfort level fell. Over the July 30-August 2 weekend, Disney’s tentpole Jungle Cruise opened to $35 million domestically, a poor number in normal times (it did, however, outperform expectations).

A home release on HBO Max also complicates matters for The Suicide Squad, as does a Disney+ Premier Access option for Jungle Cruise. The latter, however, cost an extra $30 to watch on Premier Access, while Suicide Squad is offered at no extra charge to all HBO Max subscribers.

Both Warner Bros. and Disney maintain that they need to hedge their bets during the pandemic.

Males fueled the film, while also flocking to watch it in Imax and other premium large format screens. Combined, those screens turned more than 30 percent of the gross.

The Suicide Squad performed best on the West Coast.

The movie hopes to reinvigorate the franchise following 2016’s Suicide Squad, which was directed by David Ayer and debuted to $175 million domestically. It is the 16th title in the DC Cinematic Universe and opened even lower than Birds of Prey, which also stars Robbie ($33 million) and launched in early 2020.

The Suicide Squad follows a group of convicts as they demolish a Nazi-era laboratory. Along the way, they encounter a giant alien named Starro.

Jungle Cruise earned $15.7 million in its second weekend, a relatively low drop of 54 percent (most even pics have fallen off steeply during the pandemic in their sophomore outings.) The live-action tentpole stars Dwayne Johnson and Emily Blunt.

Disney did not update Premier Access numbers for Jungle Cruise, which collected $30 million from Disney+ on its opening weekend.

Jungle Cruise has now earned $65.3 million domestically. At the overseas box office, it grossed another $15.1 million for a foreign tally of $56.5 million and $121.8 million globally.

Universal and M. Night Shyamalan’s Old placed No. 3 domestically in its third weekend with $4.1 million for a North American total of $38.5 million and $65.2 million domestically.

Focus Features and Tom McCarthy’s Stillwater, starring Matt Damon, rounded out the top five in North America with $2.9 million for a 10-day total of $10 million. 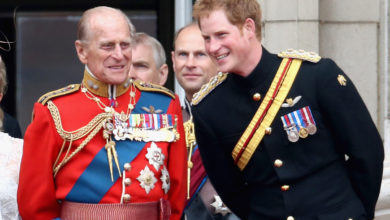 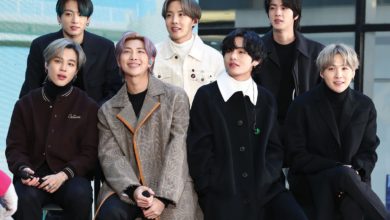