New car sales have never been higher with more being spent on slick ads and sponsorships to make vehicles visible via the media. But for our media that much-needed money jars with commitments to cover the climate emergency. One outlet’s drawn a line in the gravel with a clear commitment to give petrol power a swerve. Could others follow?

A recent ad for Hyundai Tucson begins with a shot of the SUV slicing through a parking barrier with some sort of invisible cutting implement.

The ad, titled Cutting Edge, goes on to depict the car carving up everything in its path, from schoolkids’ ties to the entire side of a cliff.

It’s not the first car commercial to leave a trail of destruction.

One of the country’s most loved ads shows Barry Crump perfectly bisecting Scotty’s face with a mud splatter from the wheel of his Toyota Hilux as it crushes its way through wildlife.

Many of these marketing pitches have become more macho over the years, to the point that in some of them, utes are now devouring other utes.

This aggressive advertising has been criticised for targeting the insecurities of a mostly male audience.

But it’s been effective. Last year, eight of New Zealand’s 10 best-selling new vehicles were SUVs or light trucks, in a continuation of a multi-year trend.

That’s reflected in the motoring sections of our media, which run ads for SUVs alongside articles devoted to things like the five best utes you can buy, or positive reviews of light trucks.

One of those from NZME’s Driven even promises that a Ram 2500 XL light truck will make “women swoon, small children scream in delight and men cast jealous glares at you”.

Those revenue streams – and the accompanying coverage – are coming under increasing scrutiny as more media organisations make promises to take the climate emergency seriously.

Their popularity also slows our transition to more carbon-efficient vehicles, which the latest IPCC report identifies as an important step for countries wanting to get themselves off what UN secretary-general António Guterres calls a path toward an “unlivable world”.

All that’s before mentioning they kill people at roughly twice the rate of smaller cars in crashes.

This throws up some prickly questions for media organisations that have committed to putting climate change at the forefront of our national conversation.

One of those is whether they should be accepting money from these big polluters given their editorial stance.

For most media companies the answer has been “yes”, and in some cases motoring industry money is even directly attached to journalism on the environment.

For instance the car maker behind the ad Cutting Edge – Hyundai – is the sponsor for Newsroom’s new Sustainable Future section.

Even the hard-nosed current affairs journalism of the much-missed show Campbell Live was introduced with the words ‘Campbell Live, driven by Mazda’.

He’s had first-hand experience of these types of jarring juxtapositions. When one of his articles raising concerns about toxic ute advertising was published on Stuff, it was accompanied by a video announcing the website’s top ute of 2020.

An article by Kirsty Wild and Alistair Woodward about toxic ute advertising is accompanied on Stuff by a video awarding the top ute of 2020.
Photo: Stuff

He sees a “moral jeopardy” for media in running these ads.

The car companies running them are big contributors to climate change, and may be seeking influence, or at least to “greenwash” their image, he says.

“I absolutely accept that the media requires funding and advertising is part of that. What I am saying is ‘let’s be clear about what’s at stake here’. What are the interests at play? How might this influence and obstruct the role of the media, and what can we do about it,” he says.

“We need to be open and honest about it and at the moment I don’t see much of that openness and honesty.”

As Woodward admits, these kinds of compromises are to an extent unavoidable for commercial media trying to get by in a world where many of their advertisers contribute to climate change.

There’s also an argument that funding quality journalism is a better use of a car company’s resources than, say, lobbying to stop legislative action to strengthen environmental standards.

Stuff’s editor-in-chief Patrick Crewdson made that point to Jeremy Rose on Mediawatch in 2019, admitting taking cash from large emitters is a “conundrum” for a climate-focused newsroom, but saying ultimately it’s more important for Stuff to stay afloat than for them to get more picky about its sources of advertising.

“I would choose to say it’s better that we continue to exist and can publish – not just on climate change but on all the other social good we deliver on our journalism – rather than cutting ourselves out of business by cutting off our advertising.”

However, some media are starting to draw more definitive lines when it comes to how they treat transport polluters.

It says while he still loves gas-guzzling, torquey cars, it’s “just not worth killing the planet for them”.

“It got to the point where you’d put your foot down in some of those cars and you’d just think ‘I don’t know what this is doing for my grandchildren. I don’t know what this is going to do for future generations.’ There’s so many good electric alternatives and you get to the point where that guilt just builds up and up and up and I think a lot of people feel that way,” he said.

BusinessDesk is also a media frontrunner in offering e-bike news and reviews.

Martel understands why the media takes money from motoring companies, particularly with the industry going through a rapid transition toward electrification and fuel efficiency.

“We in the media have been through a rough 20 years. I’ve lived that. If you start turning away advertising because you have a qualm about what they’re doing, it just means fewer journalists and fewer journalists is not good for the country.”

But he recommends his electric-only stance to other writers and news companies looking to take a stronger stance on climate change.

Taking that step hasn’t come at a financial cost to BusinessDesk so far, and it’s left him a lot less conflicted about his job.

Motoring Review: Toyota SUV is back in black 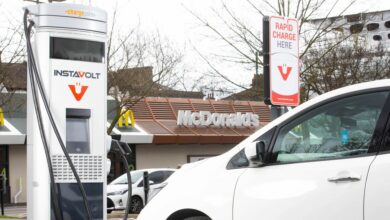 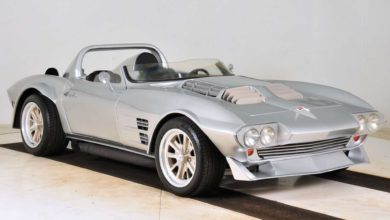