Is there an easier pitch in TV than “What if we go on a road trip”? Apparently not: there’s Bradley & Barney Walsh: Breaking Dad, and there’s Mortimer & Whitehouse: Gone Fishing, and there’s that Gordon, Gino & Fred thing they always do at Christmas, and arguably The Trip is in there as well. If you trace it back – if you read the ancient symbols buried deep beneath the soil of Albion you’ll see the words “ROAD TRIP CONTENT MAKES FOR AN AFFORDABLE HOUR OF TV” – this is all, I suppose, the fault of Michael Palin. Anyway, Paul Merton’s driving through Margate in a motorhome. He’d like to stop, but he can’t. He really has to make the campsite before they lose all their shooting light.

I suppose it makes sense that there are two lighthearted-ish road trip shows currently airing – Paul Merton and wife Suki Webster’s Motorhoming With Merton & Webster (Friday 13 August, 8pm, Channel 5) goes up against Craig Revel Horwood and Bruno Tonioli’s Craig and Bruno’s Great British Road Trips (Wednesday 11 August, 8pm, ITV). We are, after all, in a pandemic still – the amber list forbidding us from having actual good holidays – and so we turn inwards, to Britain, and hope that the time we choose to spend frolicking in it aligns with the six good days of weather we get every year. “Look,” the TV says, “Britain has beaches! You could go to Whitstable or something!”

Are road-trip travelogues good? Hard to know because they are all the same: there’s some bickering scenes about who is the better driver; one of the two threatens to “show” the other one their favourite childhood towns; they always go on a boat for some reason, dutifully making a “permission to board?” joke first; angry traffic forms behind them while they dither over a left turn; they look at an underwhelming view and sigh: “It’s lovely, isn’t it?”

So both of these have all of that. Though I have to say Revel Horwood and Tonioli’s trip has more glamour – their itinerary is a lot more packed (they walk across a rope bridge atop a quarry! They sing with a sea shanty band! They sample Cornish wine!), while a lot of the opposing hour is made-up of GoPro footage of Paul Merton going: “Watch your wing mirrors.” But Merton and Webster’s trip manages to glimpse something deeper: it is possibly the first TV show to ever fully capture the grey sigh of a British holiday that isn’t really going that well. The pair go to a beach and, despite the rat-a-tat banter of the local angler teaching them how to fish, fail to land a single catch. They go on a miniature railway, drizzle slashing at the windows, because Suki slightly remembers it from her childhood. They spend a lot of time just driving, hot and irritable in leather car seats. There’s an extraordinary, excruciating scene where they try to make breakfast in a minuscule motorhome kitchen.

While Bruno Tonioli and Craig Revel Horwood sleep in beds and eat gorgeous meals and meet people and have hangovers, Paul Merton is stood in some woods with his hands clasped behind his back going: “Yeah, we’ve got a cassette toilet.” It isn’t entertaining. It isn’t even particularly fun. But it captures something else: the pure, unfiltered truth.

3 Zodiac Signs Who Get Lucky With Love Starting August 7th, 2021

This 23-year-old from UK is battling 'water allergy'!

Slowly But Not Surely: Airline Leisure Travelers Coming Back, But Not Business Travelers. International Still Crushed 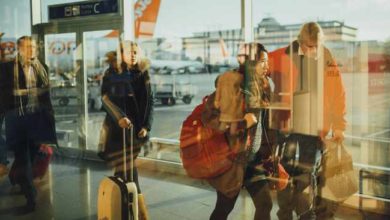 Avoiding quarantine by visiting another country? South Africans should know the risks 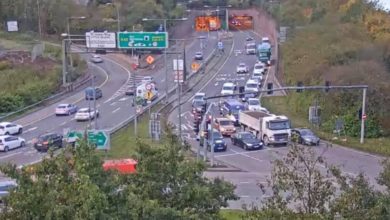 Call to heed travel advice as restrictions on movement ease