Almost two-thirds of drivers have decided they will not buy another petrol or diesel car, a major new survey reveals.

ut rather than buy an electric vehicle, a substantial number will opt for hybrid instead, the AA study discovered.

The significant insight into drivers’ intentions comes just days after the publication of the Government’s Climate Action Plan, which re-iterates targets of up to one million EVs on the road by 2030.

Now a majority of drivers (65pc) have ruled out buying a petrol or diesel. And more than 40pc plan to buy a hybrid.

Meanwhile current EV owners “overwhelmingly” plan to stay with electric. The survey says owning a hybrid makes a driver more than twice as likely to pick an EV next time.

But for non-EV owners, the most common reason for not buying one next time around are the price, the range between charging points and access to chargers.

And as one might expect, more than three-quarters would support increased government grants to buy EVs.

While the majority of the 8,241 drivers surveyed said their next vehicle would not be a traditional internal combustion engine (ICE) vehicle, most are still reluctant to move to a fully electric car. Just 34pc of ICE owners intend to buy another.

“It appears that drivers are still reluctant to make the move to a full electric vehicle,” AA spokesperson Lauren Beehan said.

“Most say they would choose a hybrid – but this could be a stepping stone to buying a full EV in years to come, as current hybrid drivers are more than twice as likely to buy an EV for their next vehicle as petrol and diesel drivers are.”

She said it seems those who have already switched to a hybrid or an EV are generally “very happy” with their choice, and almost none plans to go back to a full ICE vehicle.

Around 90pc of current EV owners are planning to buy one next time around again.

And as many as one-in-three hybrid owners say they will move to fully electric next time. A further 60pc will buy another hybrid.

But there is strong sentiment against several EV-related issues.

The most common factors are high purchase price (67pc), worries about the range (46pc), fear that charging takes too long (31pc), lack of regular access to a charger (30pc).

“The price of a new EV is still a major stumbling block for drivers,” Ms Beehan said.

Almost 90pc of those polled believe EVs must become cheaper to purchase. Other concerns included fears of electricity shortages in future.

Significantly, around two-thirds drive fewer than 200km a week. That would be well within the range of most EVs.

Others mentioned they had environmental doubts about EVs, mainly about the disposal of batteries and the fact the national grid still relies on fossil fuels to generate electricity.

A small number are waiting for newer technology, such as hydrogen vehicles. Several said there is no suitable EV to tow a trailer or wheelchair accessible vehicle. The vast majority want more public chargers installed.

Financing a new car: which way is best for you? 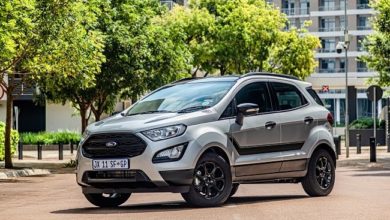 REVIEW | The 2021 Ford EcoSport Black is a practical compact SUV, and more spacious than you’d think