Morne Steyn’s feelings about being directly responsible for clinching a Springbok Test series victory over the British & Irish Lions for the second time are as relaxed as his kicking routine.

The evergreen 37-year-old was typically understated when asked about his heroics on Saturday evening, where he kicked two penalties in a 16-minute stint on the field that gave South Africa a tight 19-16 win.

“Yeah, just to be part of this whole series 12 years later again is an amazing feeling,” said Steyn.

“To get that final kick, almost in the same position (as at Loftus in 2009) but just a bit closer for the old legs, was nice. Luckily it went over again too. It’s a great day for South African rugby.”

To illustrate just what a consummate team-man Steyn is, Eben Etzebeth was on hand to divulge details of their chat in the team hotel on the morning of the match.

“It’s a funny thing, I actually had breakfast with Morne. I told him that it might come down to him winning the series again for the country all these years later,” said the imposing lock, who was once again in the thick of things.

“His reply was that he hopes we’re ahead on the scoreboard a bit further that it wouldn’t come down to that, but it happened that way. And what a way it was to finish the series. Special mention to him for this unbelievable comeback.”

Steyn couldn’t answer whether his respective approaches for the 2009 and 2021 kicks were similar or different – he noted the former was now a fuzzy memory – but the satisfaction was undeniable.

“As a kicker, you live for special occasions like this one,” he said.

“You put in all the hard work during the work, your whole career for that matter, just for a kick like that. You always dream of that one kick to win a game or a series. Luckily, it paid off today.”

While there is a sense that this might be Steyn’s last, thrilling hurrah at international level, the Bulls legend – who never formally retired from the highest level despite last playing in the Green-and-Gold in October 2016 – looks set for another year or two in the limelight.

“I never expected playing for the Springboks again, even after returning from France after six years. But it went well at the Bulls and I had the opportunity to play,” he said.

“At the moment, I’m just taking things year by year. As long as I can play for the Springboks, I’ll never say no to them. If they want to pick me, I’ll be available.”

Scramble to get Covid-19 vaccinations right 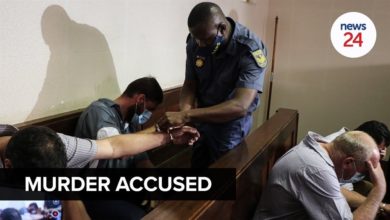