The ongoing 2022 monkeypox outbreak has certainly been quite different from the more scattered cases of monkeypox that have occurred in previous years. And now a study published in Nature Medicine suggests that the genetic makeup of the virus causing the current outbreak may be quite different too. In fact, the team of researchers from Portugal who conducted the study indicated that the monkeypox virus seems to have undergone “accelerated evolution.”

Now, the words “accelerated evolution” may be OK when you dealing with a haircut, a cake, your opinion of your high school crush, or yoga pants. But such words can be fairly concerning when associated with a virus that’s already proven that it can kill. For the study, the researchers compared a sample of 15 DNA sequences from 2022 monkeypox viruses with those isolated in the years 2018 to 2019 from cases diagnosed in the United Kingdom, Israel and Singapore after travel from Nigeria. The result? The 2022 versions had on average 50 differences in their DNA compared to the versions from about four years earlier. That’s about six to 12 times more than what would have been expected over that time period.

Are 50 differences a lot, can they explain the unusual nature of this current monkeypox outbreak, and should you panic and start hoarding toilet paper again? Well, the answers are relatively speaking for the monkeypox virus it is, perhaps, and heck no. As I covered for Forbes on June 19, this year over 2000 people across at least 42 countries have gotten infected with the monkeypox virus with one person dying. This is by far the furthest and fastest the monkeypox virus has ever spread since the virus was first found to infect humans in 1971. Plus, this year, doctors have been seeing more monkeypox lesions concentrated on people’s genitals than before, as I’ve also recently described for Forbes. Whenever the words “more”, “lesions”, and “genitals” come together, the response is rarely just “cool” or “nothing to see here, please disperse.”

“Accelerated evolution” means that the monkeypox virus has changed much more than has been expected over a particular period time. Nearly all viruses undergo some kind of change over time. After all, every time a virus makes copies of itself, mistakes in the form of mutations can result, just like every photocopy of your butt is not going to be exactly the same. Different types of viruses can have very different mutation rates. Some viruses like coronaviruses can have very high mutation rates and thus evolve fairly rapidly, whereas others may have much lower mutation rates. The monkeypox virus belongs Orthopoxvirus genus, which also includes the viruses that cause smallpox, cowpox, horsepox, and camelpox, and typically have comparatively lower mutation rates of about one to two mutations a year.

The 50 differences in the monkyepox virus 2022 were 50 single nucleotide polymorphisms (SNPs). The proper pronunciation of SNPs is not “snoops” as in multiple Snoop Dogg, but rather “snips,” just like what someone may say before a vasectomy. A SNP is when one nucleotide in a DNA sequence is swapped with another nucleotide. This then may change the types of amino acids that the DNA codes for since nucleotides serve as the building blocks of DNA. Changing the amino acids can in turn change the proteins produced since amino acids are the building blocks of proteins. And proteins form the “candy coating” of viruses and help viruses do all those wonderful things like you infect you and give you lesions.

Some SNPs may have no real effect on the virus’s function, some may make the vrisu weaker, and some may make the virus stronger. The researchers did find SNPs that could have made the monkeypox 2022 virus better able to evade your immune response, which obviously is not a great thing. For example, some of these SNPs resulted in three amino acid changes in the surface of the monkeypox virus’s glycoprotein B21. This could be important because the monkeypox B21 protein is what antibodies generated by your immune system may recognize. This could be analogous to Thanos changing his outfit, like wearing baggy jeans and a beret, so that you don’t recognize him as a threat so quickly. Could this make people more susceptible to infection and thus allow the virus spread faster and further? Perhaps. But more studies and data are needed.

What may have caused this “accelerated evolution” of the monkeypox virus? Well, the answer may lie inside you. Not in a Zen type of way but a APOBEC3 way. Teh name APOBEC3 may look like a new type anti-virus software for your computer, but it’s actually short for apolipoprotein B mRNA editing catalytic polypeptide-like 3 enzymes. Such enzymes normally exist in your body to help your immune system ward off viral infection. The APOBEC3 can be like that friend who causes your nemeses to self-sabotage themselves. These enzymes can introduce groups of mutations into the genetic material of invading viruses will the goal of causing the viruses to malfunction. As with any defense system, this approach is not 100% foolproof. Sometimes, rather than disrupting the virus, such groups of mutations may end up creating an altered form of the virus that can keep spreading. The study found some of the mutation patterns seen in the 2022 monkeypox viruses to be consistent with the types of mutations that the APOBEC3 would introduce. However, this wasn’t enough evidence for the research team to establish APOBEC3 as the cause of the observed “accelerated mutation.” More studies and data would be needed. 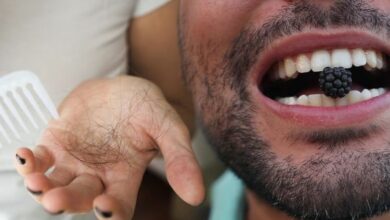 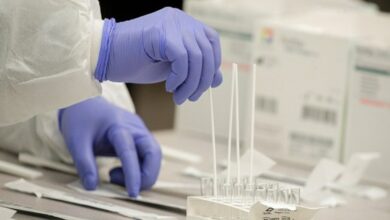 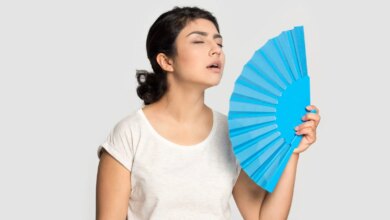 Is it normal to sweat after drinking alcohol? Read 7 causes of it