For political economist Moeletsi Mbeki, deputy chair of the South African Institute of International Affairs, it is important to remember that South Africa inherited its economic system from British colonialism.

He also believes BEE and affirmative action are the main drivers of corruption in SA. Mbeki was one of the speakers during a webinar hosted by the Institute for Security Studies (ISS) and News24 on Tuesday.

He said he was sceptical of the possibility to develop a social compact in SA because, in his view, a lot of painful steps still need to be taken in SA before one can start talking of a social compact.

The key question asked during the webinar was whether a social compact is key to saving SA’s economy. A social compact is defined by Britannica.com as “an actual or hypothetical agreement between the ruled and their rulers, defining the rights and duties of each”.

“We were a colony. We are a hugely conflict-ridden society. In SA one of the biggest conflicts – if not the biggest – is between the political elite and the business elite, which lost political power in 1994,” said Mbeki.

“There is a war between the political elite and the business elite. Only these two sections in our society have real power and somebody must win this particular war. The consequence is the flight of capital and taxpayers leaving the country. Many people think SA has a crisis, but SA is rather in a pre-crisis situation.”

In the short-term, South Africa should pull out all the stops to prioritise economic growth, according to Jakkie Cilliers, chair of the board of trustees of the ISS.

“The only way to reduce unemployment in SA is to grow the formal economy especially. There is a big difference between investment in human capital and what is happening now of just handing out social grants because of the failure of service delivery,” he said.

“We need to focus on lifting the boat. Without economic growth poverty will only increase and we will end up where violence is the only option for many South Africans,” said Cilliers.

“Our focus on race divides us because we come with different histories. The discussion about race is not about growth but about redistribution and my argument is that without growth it will help nothing. Social compacting by itself will contribute eventually but not now. Let us start with the fundamentals and then, over time, we will get to a social compact.”

In the view of Cilliers, a high and prolonged dependence on social grants is not sustainable.

“Eventually only empowering people will assist SA’s future. We cannot have 18 million people on grants. One only has to look at how capital investment in SA is declining to see we are heading for problems,” he said.

For Mbeki, the use of social grants is a way for the ruling party “to keep the poor poor” and to keep them voting for “the ANC of today”.

During question time a participant who connected from Berlin, Germany, said in his view, corruption is the big elephant in the room.

“From a German point of view, if SA wants to attract more investment – especially foreign direct investment – the country has to solve the corruption problem or it will not get anywhere,” he said.

To this Mbeki responded that, in his view, one of the main drivers of corruption in SA is BEE and affirmative action.

“BEE was invented by big business in SA to buy off elements of the ANC leadership. This ‘buying off’ also destroyed the multiracial alliance the ANC was. It was big business protecting themselves. That is why I say the conflict between the business elite and political elite in SA cannot be solved by a compact,” said Mbeki.

A country at war

In the view of Xolelwa Kashe-Katiya, director of project management at the Mapungubwe Institute For Strategic Reflection (MISTRA), a social compact is possible in SA if the focus is put on “the difficult work of dealing with the things which make SA a country at war”.

“The economic growth we talk about must be inclusive and mindful of a young black woman in a rural SA. For compacting to be meaningful, it requires strong leadership at the top. What leads to resentment and resistance is that we are so diverse. So, we need strong leadership to galvanise a common vision,” she said.

“When one looks at countries that went into social compacting, it was usually in response to a crisis and I want to argue we have such a crisis. It requires honest dialogue about race in this country. If that is not happening, we will see continued [protests]. There has to be an agreement between the state and citizens on a common vision or common goal.”

She said there is resentment, especially among young people who feel there are those in society who have unearned privilege.

“So, a strong leader is needed who can compel business to come to the party. We also need institutions that will compel society and social partners. There have to be sanctioning mechanisms,” she said.

In her view, one should not aim for total consensus, but rather for what she calls “sufficient consensus” to take the country forward and ensure some basic form of income so South Africans do not live below the poverty line. She sees getting the youth on board as key in the process. 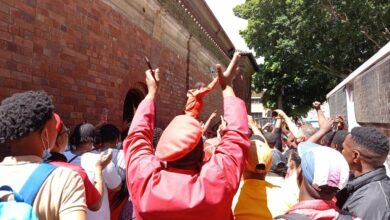 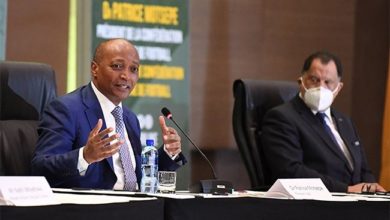 OPINION | Motsepe’s appointment as CAF president: A stroke of genius or just a Jordaan gimmick?