At its best it could be a future where there are no more waves of Covid 19, or at its worst we could see 150 000 South Africans dying a year.

As the threat of a possible third Covid wave looms, South African scientists have been working on possible scenarios for the country.

This, as the government considers stricter lock down measures in an effort to prevent super-spreader events over the Easter weekend which could trigger a new surge of the virus.

Yesterday, the University of KwaZulu-Natal hosted a data breakfast on “Predictions for Covid in SA for 2021 and Beyond” with University of Cape Town Professor of Applied Mathematics Bruce Bassett, who leads the epidemiological modelling of Covid for SARAO, (SA Radio Astronomy Observatory)

Bassett stressed that because that it was extremely difficult to predict what the virus would do next, research had to focus on different scenarios. This at a time, he said when the second wave had plateaued and was in a holding pattern.

Many of these scenarios, he said, had to examine key factors around the virus and the recent second wave.

They needed to consider if the second wave ended because herd immunity had been reached or if non pharmaceutical measures such as mask wearing, sanitising, social distancing and staying at home had halted the spread of the disease. These scenarios also had to take into account whether the variant identified in South Africa would provide future immunity from new variants of concern and if vaccines would also provide protection against these new mutated forms of the virus.

Working on a worst-and-best-case scenario, Bassett said the worst case scenario would see 150 000 deaths annually in South Africa, potentially more if the virus became more lethal, and would include two or more waves a year for an estimated five years.

He said the HIV pandemic had a similar number in fatalities per year over 10 years.

The best case scenario would be no more waves, because herd immunity was reached (from infections and not by non pharmaceutical measures) and that the resulting immunity from infections would provide a robust protection against all new mutations. This protection would have to last until large scale vaccinations occur.

The intermediate scenario would be where one or two more waves would take place when herd immunity would be reached.

Bassett said that if the vaccination roll-out in South Africa continued at its current pace, it would take ten years before a significant number of the population was vaccinated.

He said the main concern was new variants (mutations), especially those which could affect the younger population. South Africa has a young population with only a very small percentage of people over the age of 65. If such a variant was more transmissible, that is, lots of infections at the same time, more ICU beds would be required which could result in more fatalities if hospital systems were overwhelmed.

Even asymptomatic or mild cases of Covid could result in heart damage, weakening the immune system and making a person more susceptible to re-infection should further waves take place.

It was highlighted that a co-ordinated global response was needed. Rich nations may be spending millions on vaccines, but new variants would still pose a threat and could provide an incentive for such nations to help vaccinate the rest of the world.

“Humans are trying to create vaccines, but the virus is looking to evade them. We need a world strategy to shut down the sources of variants,” said Bassett.

Earlier this week, Health Minister Zweli Mkhize said that between April and June, 7 million Pfizer vaccines and 3 million Johnson & Johnson vaccines were expected to arrive in the country, adding that many countries were experiencing delays in delivery of vaccines because of the huge demand for supply.

On Thursday six scientists criticised the government’s decision to resell a million AstraZeneca vaccines to other African nations. This after it was decided that the vaccines were ineffective in stopping a mild version of the so called South African variant of the Covid 19 virus. In an editorial written in the South African Medical Journal they questioned the ethics around the decision, considering many of these countries already have the South African variant of the virus within their borders.

“If the South African authorities truly believed that the AstraZeneca vaccine did not work, why was it sold on to the African Union?” They wrote.

As of Thursday according to the John Hopkins University’s Coronavirus resource centre 220129 South Africans, or 0,38% of the population had been vaccinated. 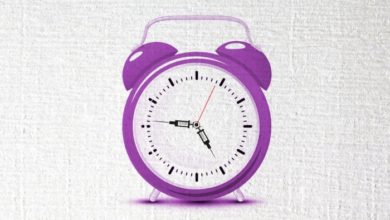 Vaccines for Covid-19 can be made faster. Here’s how – Fortune India 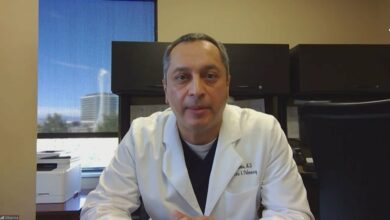