O’FALLON, Mo. — Children are making up an increasing number of patients filling Missouri hospitals during the summer COVID-19 surge, and some doctors worry that the return to school will lead to more illnesses.

The fast-spreading delta variant combined with low vaccination rates across Missouri to create a new wave of the COVID-19 outbreak that began in June and still persists. One difference this time: Children are more prone to get sick.

The number of children in the St. Louis region hospitalized with COVID-19 reached a record 31 on Wednesday before dipping slightly to 27 on Thursday. Ten of the sick children, ages 18 and under, remain in intensive care units.

In the Kansas City area, Children’s Mercy Hospital reached its capacity on Monday. Dr. Barbara Pahud, director of research for infectious diseases, urged parents to have their kids take precautions as they return to school, including vaccinations for those 12 and older.

Hospital leaders in Springfield are also worried about the ramifications of thousands of unmasked students gathering in schools — only a handful of southwestern Missouri districts require masks.

MORE ON THE PANDEMIC:

— J&J vaccines made in Africa will stay in Africa

— What can employers do if workers avoid COVID-19 vaccines?

ANCHORAGE, Alaska — Alaska officials are hoping a weekly lottery prize will encourage more people to get vaccinated against COVID-19.

The Alaska Chamber and state officials announced Thursday that they will offer $49,000 each for one newly vaccinated adult and one youth weekly through Oct. 30. The younger winners will receive their winnings through an Alaska educational savings plan, where the money is invested for their education. Their parents or guardians will also receive $10,000 cash, if they are also vaccinated.

The Anchorage Daily News reports that people who were vaccinated before Thursday won’t be left out. There will be a one-time prize of $49,000 awarded to an adult and to a young person who rolled up their sleeves earlier.

Funding for the $1 million campaign came from federal CARES Act funding, through the state health department.

About 55% of Alaska residents 12 or older are fully vaccinated, according to the state health department.

HONOLULU — Hawaii will be strictly enforcing gathering rules over the Labor Day holiday weekend as the state goes through a record surge of coronavirus cases, officials said.

State law enforcement officials said that anyone planning to gather for parties should reconsider, the Honolulu Star-Advertiser reported.

“To those individuals organizing or publicizing these gatherings — stop it,” said Jason Redulla, chief of the state Division of Conservation and Resources Enforcement.

Last weekend a party of about 300 to 400 people was broken up at an Oahu beach. No one has been cited for breaking local COVID-19 restrictions, which allow no more than 25 people to gather outdoors, but several people received citations for having audio equipment and generators without a permit.

WASHINGTON — Dr. Anthony Fauci says it is “likely” Americans will need to get a third dose of vaccine to be considered fully vaccinated against COVID-19.

Fauci spoke at a White House briefing, saying a final determination would be made by the Food and Drug Administration and the Centers for Disease Control and Prevention. However, the nation’s top infections disease expert says his professional experience leads him to believe a third dose of mRNA vaccines will be required to provide long-term protection against the coronavirus.

The U.S. is preparing for boosters for all Americans who received the mRNA vaccines from Pfizer and Moderna between five and eight months after their second dose, pending approval by the FDA. The U.S. is still studying the need for a booster dose of the single-shot Johnson & Johnson vaccine.

A formal determination of the third dose for “full vaccination’” would have broad implications for schools, businesses and other entities with vaccine mandates.

White House COVID-19 coordinator Jeff Zients says the federal government will bring the “same intensity” to encouraging Americans to get booster shots as it did for the initial vaccination campaign.

“I must express my full solidarity to those who have been the target of violence, hate, by the so-called no-vaxers,” Draghi said at a news conference in Rome on Thursday. “This violence is particularly hateful, cowardly when used against those who are providing information and to persons on the front line of fighting the pandemic.”

Italy requires doctors, nurses and other health care workers to be vaccinated. Teachers and other school personnel need a Green Pass, which certifies they have received at least one vaccine dose, recovered from COVID-19 in the last six months or tested negative in the previous 48 hours.

Recently at a Green Pass protest, a TV journalist was yanked by her hair by a demonstrator, and at a separate rally, a newspaper reporter was repeatedly punched in the face by a school attendance taker.

An infectious disease specialist in Genoa has reported to police dozens of threats to him and his family.

SEATTLE — Washington state’s most populous county is reinstating outdoor mask mandates for large events and encourages people to wear masks in other outdoor settings when not 6 feet apart.

The Public Health office of Seattle & King County says starting Sept. 7, there will be a requirement for masks for outdoor events of 500 or more people. The directive applies to both vaccinated and unvaccinated over age 5. King County, which includes Seattle, is home to about 2.2 million people.

Last week, more than 70% of people 12 and older had received at least one dose of a COVID-19 vaccine. The county health agency noted the region’s high vaccination numbers but says, “there are still approximately 750,000 people in King County who remain unvaccinated and susceptible to COVID-19.”

The virus-related hospitalizations ranged between 1,900 and 2,000 for about a week before increasing to 2,057 on Tuesday and 2,070 on Wednesday.

Meanwhile, the seven-day rolling average of daily new cases rose in the past two weeks from 2,875 on Aug. 17 to 3,622 on Tuesday. The average daily deaths rose from 14 to 36 during the same period, according to Johns Hopkins University.

Arizona has registered a total of more than a million cases and 18,879 confirmed deaths.

BUENOS AIRES, Argentina — Few places in the world have soccer fans more passionate than those in Argentina.

It’s been 20 months since the government banned spectators at stadiums. They’ll finally get their chance next week when Argentina plays a World Cup qualifier against Bolivia.

President Alberto Fernández has approved spectators for the match, though fans can fill only 30% of the 70,000-seat Monumental Stadium.

Argentina has registered 5.1 million cases and more than 110,000 confirmed deaths.

PRISTINA, Kosovo — Kosovar authorities on Thursday sent mobile teams around the country to make the coronavirus vaccine available to the Roma, Ashkali and Egyptian minorities.

The Health Ministry called on the people to get vaccinated. Shots were given to 900 people in those communities, who make up about 2% of the country’s 1.8 million population.

Some 300,000, or about 17% of the population, are fully vaccinated. The government postponed the start of school due to the recent surge of the daily virus cases. On Thursday, there were 1,612 new cases and 32 confirmed deaths.

MARSEILLE, France — Twelve million children in France are back to school and wearing masks.

They must wear a mask from age 6 because of rules aimed at slowing down the spread of the delta variant of the coronavirus. France is averaging about 17,000 confirmed cases each day, down from more than 23,000 in mid-August.

French President Emmanuel Macron visited a primary school in the southern city of Marseille. He was greeted with a fist bump by children and teachers. He praised it “a victory” to open school, saying “we must continue to live, educate and learn with the virus.”

Macron urged teenagers to get the vaccine, open to those 12 and older. Schools are organizing vaccinations for those who want to get the shot. More than 63% of people aged 12-17 have received at least one shot, and 47% are fully vaccinated.

Along with other European countries, many in France are concerned the end of the summer break will bring a new surge in cases in schools and other locations.

LAS VEGAS — The governing board of the school district serving metro Las Vegas has voted to require teachers and other employees be vaccinated for COVID-19.

The 5-1 vote by the Board of Trustees of the Clark County School District to impose the mandate came Thursday. District Superintendent Jesus Jara will next draw up a plan to implement the mandate.

Officials say the plan will include a process for requesting exemption from the vaccination requirement for either medical conditions or religious beliefs.

“We are experiencing a substantial surge in COVID-19 infections in our entire community,” Jara says. “COVID-19 knows no geographical limitations. The district has an obligation to protect the health of our children, our staff and the public that we serve, from this virus.”

BRUSSELS — The European Centre for Disease Prevention and Control is urging countries to ramp up primary coronavirus vaccine programs and downplayed the need for booster shots among the general public.

The EU’s infectious diseases agency says approved vaccines are “currently highly effective” in limiting the impact of COVID-19. But the agency says extra doses should be considered for people with weak immune systems.

On Wednesday, France became the first large EU country to give booster shots to people over 65 and those with underlying health conditions amid the spread of the delta variant. Spanish health authorities are considering similar action.

Many countries are struggling to administer first doses of COVID-19 vaccines, and the World Health Organization had called for a moratorium on boosters. It also urged governments to donate vaccines to needy countries.

The European Commission said Thursday the bloc has enough shots on order should boosters be broadly required.

NICOSIA, Cyprus — Cyprus will begin administering booster shots against COVID-19 to people over 65, those with weakened immune systems and health care professionals.

Cypriot Health Minister Michalis Hadjipantela made the announcement on Thursday after the European Union’s infectious diseases agency urged countries to focus on their primary vaccination programs and downplayed the need for booster shots.

Hadjipantela says booster shots will be given to those who are eligible once a six-month period elapses from the time they completed their vaccination. He says expanding the booster shot program to include other age groups will depend on the recommendation on a committee of medical experts.

The minister says Cyprus has the second-lowest COVID-19 mortality rate behind Finland among all EU member states. Currently 74% of Cyprus’ adult population is fully vaccinated, while 78% has received at least one shot.

KAMPALA, Uganda — The African Union’s COVID-19 envoy says vaccine doses produced by a plant in South Africa will no longer be exported to Europe after the intervention of South Africa’s government.

Strive Masiyiwa told reporters Thursday that South African drug manufacturer Aspen, which has a contract with Johnson & Johnson to assemble the ingredients of its COVID-19 vaccine, will no longer ship vaccine doses out of the continent and that millions of doses warehoused in Europe will be returned to the continent.

“That arrangement has been suspended,” he said, adding that J&J doses produced in South Africa “will stay in Africa and will be distributed in Africa.”

He said the issue had been “corrected in a positive way,” with Aspen’s arrangement with Johnson & Johnson changing from a contract deal to “a licensed arrangement” similar to the production in India of the AstraZeneca vaccine. Masiyiwa said the Aspen product will be “African branded.”

Johnson & Johnson was criticized heavily for shipping doses to countries in Europe, which have already immunized large numbers of their people and have even donated vaccines to more needy countries.

Africa has fully vaccinated under 3% of its 1.3 billion people. Vaccine production within the continent is seen as key to meeting the stated target of vaccinating 60% of the people.

The continent has reported more than 7.8 million cases, including 197,150 confirmed deaths.

Man trampled to death by elephant in Zimbabwe while taking selfie 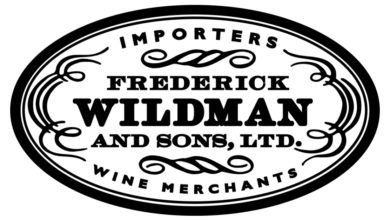 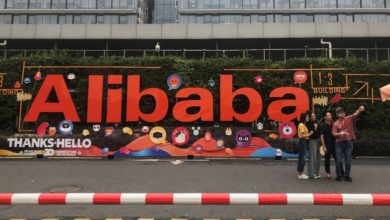