According to reports, the 45-year-old Mandunyane native had not been seen since Sunday and was discovered by his family members who had launched a manhunt following his disappearance.

An eyewitness who saw Scuba divers from Botswana Police Service (BPS) retrieving the body, revealed the man’s relatives spotted his footprints leading to the dam, where he reportedly went fishing often.

“They also found his clothes and that’s when they alerted the police,” he said.

The source further told The Voice that scuba divers originally turned up late on Monday afternoon but had to abandon their search as nightfall set in.

“I cannot confirm whether he had gone fishing because we don’t have any evidence that suggests that,” maintained Motladiile.

However, The Voice has reliably been informed the deceased was one of the many regular fishermen who eke a living through illegal fishing at Shashe Dam.

ANALYSIS: Why SADC leaders may find a resistant Mozambique at Wednesday's extraordinary summit 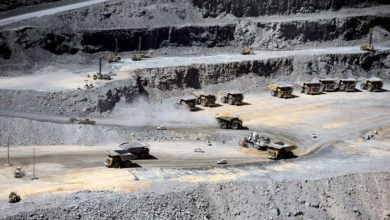 Debswana to Plow $6 Billion for Biggest Underground Diamond Mine

Sandvik on walking the journey of automation in southern Africa