It’s estimated that 8% to 15% of all recognized pregnancies and 30% of all pregnancies end in miscarriage. The Lancet writes that 23 million miscarriages occur every year around the world. While miscarriage is widely treated as a loss, the grief and pain that follows can be completely isolating. You may not have even told anyone else you were pregnant and suddenly you’re grieving. A new report has said that globally miscarriage care needs to change as “for too long miscarriage has been minimized and often dismissed.” Researchers highlighted that there should be a clear and compassionate care procedure in place regardless of where people live.

At the end of March, New Zealand joined a select few other countries in approving legislation that would give couples paid leave after suffering a miscarriage or stillbirth. Speaking to Vogue Amanda Kallen, M.D., a reproductive endocrinologist with Yale Fertility Center’s Recurrent Pregnancy Loss Program, said, “Miscarriage is a traumatic and life-altering experience for women and families. What compounds the sense of loss and grief is the fact that women still face enormous stigma and shame when they suffer a pregnancy loss and are often not encouraged to talk about their experience and loss.”

A new report published on The Lancet has outlined that care for people who have experienced miscarriage needs to change around the globe. The research outlined that the lack of medical progress in the way that patients who have miscarried are cared for should be “shocking.” Sometime’s miscarriage is unavoidable but that isn’t always the case. “The insidious implication that miscarriage, like other women’s reproductive health issues, including menstrual pain and menopause, should be managed with minimal medical intervention is ideological, not evidence-based,” says the report.

Tommy’s is a charity that advocates for and supports people who have experienced miscarriage and stillbirth. They report that most miscarriages happen in the first 12 weeks, known as early pregnancy. Studies have highlighted how important social networks can be following a miscarriage and that there’s a trend that people don’t speak about their miscarriage unless it was further along in pregnancy. Research published on The Lancet highlighted that this may be due to the fact that many people aren’t told why their miscarriage happened and experience health providers who lack sympathy.

Across the globe, the studies published on The Lancet concluded that more needed to be done to ensure that people who have experienced miscarriage get the emotional and physical care they need. It’s hard to implement the same levels of care. However, researchers have recommended a basic graded level of care. The research suggests that after one miscarriage everyone should be checked over by their doctor and be given all of the information they need to access miscarriage support and guidance to dispel fears about future pregnancies.

If someone has had two miscarriages, the research states that the person should be offered an appointment at a miscarriage clinic. This would give them a chance to speak to a specialist, have their blood and thyroid checked, and be offered early scans and extra support going forward if they choose to get pregnant again.

The studies suggest that, if someone has a third miscarriage then they should be offered all of the support mentioned above and should also be offered genetic testing and an ultrasound. Miscarriage care is very much dictated by where you live. By using a standard procedure of care, it should open up access to medical and emotional support after you’ve lost a pregnancy.

Watch: South Africans freak out about how well they understand Zambia's Silozi 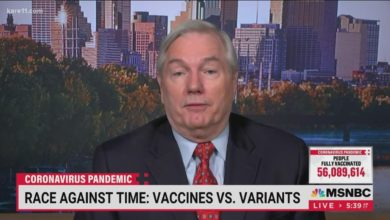 Tips for preventing and treating chapped lips this winter

More Young Women Are ‘Drinking To Cope,’ In A Dangerous Trend : Shots