Mining in northwestern Ontario has become a huge part of Thunder Bay’s economy, much of that attributed to the resurgence of the Lac des Iles Mine (LDI), 90 kilometres northwest of the city.

In the five years since the once-struggling palladium mine made an impressive operational turnaround. A total of $1.7 billion has been invested in capital and operational spending, half of that with Ontario companies and a good chunk within the Thunder Bay business community where LDI has contracts with about 300 service and supply companies.

While LDI has a current 11-year mine life, Tim Hill, CEO of Impala Canada, the owners of the mine, implied the operation looks to have some longevity for years to come based on the resource potential of their expansive land holdings.

“We want to find and build the next LDI mine,” said Hill, repeatedly, during a virtual chat with Eric Zakrewski, CEO of the Thunder Bay Community Economic Development Commission (CEDC) on April 28.

Lac des Iles, one of six operating mines in northwestern Ontario, is regarded as a world-class deposit, mining predominately palladium for the past 25 years and producing 30 per cent of Canada’s supply of the silvery-white metal used in automobile catalytic converters.

Want to read more stories about business in the North? Subscribe to our newsletter.

Hiring and procuring locally has been fundamental to the mine’s success, said Hill.

He relayed the story of how a Thunder Bay service company went above and beyond when a conveyor, considered a critical piece of surface mill infrastructure, suddenly needed to be replaced,

The vendor worked through the night to prepare new belt in order to have it installed by the next morning. To Hill, that underscored the importance of having local suppliers involved in the operation.

“Had that been a vendor somewhere else in the country, or even outside the country, that never would have happened.”

Hill believes they can do better at inviting local companies to get into the game. Impala has launched a procurement page on their website and is looking at an online vendor portal to improve their procurement system.

That was music to Zakrewski’s ears who mentioned that goes a long way toward addressing a historic local stigma that LDI prefers to source supplies from Sudbury, Quebec or anywhere cheaper.

Sign up for the Sudbury Mining Solutions weekly newsletter here.

Zakrewski said their strategy projects 3,600 new jobs in the region over the next three years at existing mines and with 15 up-and-coming mine projects.

With mine expansions underway, Zakrewski said the city is well positioned to take advantage of this activity as the next decade looks very promising for the local economy.

In the last five years, Hill said the mine has added 200 new jobs, bringing their workforce up to 800, and is on track toward becoming a 12,000-tonne-per-day operation by 2022, making them one of Canada’s largest mines.

The more than a billion dollars in spending is only an indication of what’s to come, he said, as the company will continue to invest in expanding the operation and increasing production.

The operational improvements made at LDI since 2017 made it an attractive takeover target by Impala in 2019. The Johannesburg, South Africa-headquartered company is one of the world’s leading platinum group metals miners

Having a global mining player on board means bringing forward some significant operating and capital budgets.

Major investments at LDI have been made in teleremote rockbreakers and underground loaders, which are joy-sticked controlled by an operator on surface. An underground fibre optic network has been installed to pinpoint the location of equipment and pinpoint personnel in case of an emergency.

Coming soon will be trials for battery electric vehicles in an effort to reduce LDI’s carbon footprint, with autonomous trucks and production drills to be introduced at some stage, Hill said.

Artificial intelligence is being applied by their geological team in the exploration strategy to find targets for discovery.

With 40,000 hectares of mining claims at their disposal, Impala has a $30-million exploration budget for 2021-22 to find more palladium resources close to the mine and for greenfield exploration on a regional scale through partnerships with junior mining companies.

An ongoing challenge has been finding skilled workers, Hill said. There’s fierce competition throughout the sector to find heavy duty mechanics, millwrights, electricians, and underground development miners. It’s daunting considering an industry study forecasts 30,000 new jobs must be filled in this sector over the next five years.

The average age at LDI is 50, and Hill admitted it’s been a while since they’ve had an influx of new blood.

One potential avenue of recruitment is with First Nation communities. Twelve per cent of LDI’s workforce identifies as Indigenous, a figure Hill thinks they can improve upon.

Job postings are made public to the five Indigenous communities upon whose traditional lands LDI operates. The company provides bursaries, skills training, and promote Indigenous-owned businesses and joint ventures.

“Some of those businesses have our largest contracts on site,” Hill said.

Like many industries in the past year, Impala and Lac des Iles endured a “rough start” when the pandemic hit Canada in the spring of 2020, Hill said.

LDI suffered a large outbreak of COVID-19 among its workforce, documenting 25 workers who tested positive, include one Lac des Iles worker who died from complications related to the virus.

“It made the pandemic very real,” he said.

Impala imposed a month-long shutdown of the underground and surface operations in order to evacuate all personnel and sanitize the camp.

Hill said the operation adopted the use of face masks before it was a public health requirement and allowed workers, who reside in vulnerable communities, to remain at home while receiving their base pay.

Impala was also one of the first companies in Canada to adopt rapid testing on the site last fall, which has been a successful screening tool.

Hill said he is “incredibly grateful” for the work of his team in persevering through this period.

A good portion of LDI’s workforce flies into Thunder Bay, and while Hill understands the company’s responsibilities to keep area communities safe when it comes to transmission of the virus, miners are not considered essential workers by the province and do not have priority for vaccination, something he hopes the provincial government “soon recognizes that mining camps are priority.”

When vaccines become able, Hill has offered LDI as a site for a vaccination clinic.

JUST IN | Zulu queen has died

Dogecoin to Get DevOps Support for Commercial Apps Via DogeLabs.IO, AppSwarm 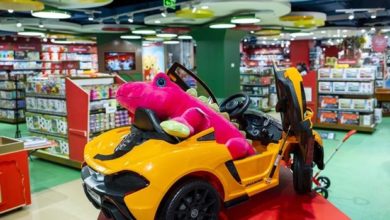