Here’s a light-hearted way to say goodbye to winter in the Northern Hemisphere. Mercedes-Benz has been killing it lately with short, witty videos on a variety of topics. This time around we’re treated to what’s actually a two-minute commercial for the S-Class sedan, but you don’t realize it until the 1:30 mark. That’s okay, because you’ll be a smiling fool up to that point.

There could be multiple reasons for your smile, too. This video is called Valet Guys and as the name suggests, it follows the funny misadventures of three uncouth valet drivers who love to have fun in customer vehicles. Of course, by fun we mean handbrake turns, burnouts, J-turns, and yes, even high-flying jumps straight out of Ferris Bueller’s Day Off. In fact, there’s even a Ferrari cameo in this Mercedes clip (308, not a California) not to mention a classic Ford Mustang.

However, aside from Freddy, Rusty, and Ace, the real stars in this video are the plethora of cool Benzes from years past and they are definitely smile-worthy. We won’t ruin the joy of trying to identify all the cars in this video, but we’ll say this much for Mercedes – they really know how to honor their enthusiasts. That’s prevalent in the first eight seconds, when we see an honest-to-goodness W202 C-Class expertly handbraked into a parking spot.

But wait, the W202 doesn’t have a handbrake. Fear not, for that’s where the true hat-tip to enthusiasts comes in. Mercedes owns it by adding a video caption during the slide that says of course we know this car actually has a parking brake with a foot pedal, but it just looks damn good like this in the film. That it does, Mercedes. Well done.

Eventually, a new S-Class comes into view, but it’s not stopping at the valet stand. That’s when the real message of this video is revealed – reminding us that the flagship sedan will have a self-parking feature “as soon as regulations and infrastructure allow.” Such is the case with much of the autonomous tech currently being promised from many automakers, but the message here is simple. 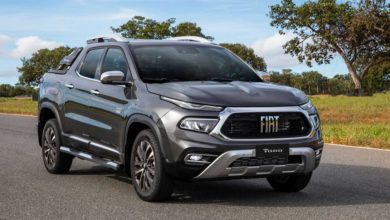 Polarising Fiat Toro shows its facelift self in Brazil – Citizen 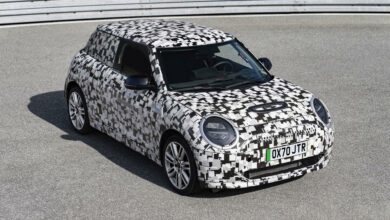