• Mercedes is having aerodynamic issues on their vehicles.
• If this problem is not resolved soon, it could give Red Bull the upper hand for the 2021 season.
• The potential early advantage for Red Bull is based on pre-season testing in Bahrain.
• For more motoring stories, go to Wheels24.

Ralf Schumacher reckons Mercedes have aerodynamic issues they must sort out if they are to stamp their authority on Red Bull again this season.

Red Bull go into the 2021 campaign as favourites to win the opening Bahrain Grand Prix, with Max Verstappen heading the bookmakers’ lists, although Mercedes are still expected to prevail across the 23 races as a whole.

The potential early advantage for Red Bull is based on pre-season testing in Bahrain, where Verstappen and his new teammate Sergio Perez enjoyed a more productive three days than Sir Lewis Hamilton and Valtteri Bottas.

Whereas it went without a hitch for Red Bull, Mercedes lost running time due to a gearshift problem, Hamilton spun twice and the W12 car generally looked much more of a handful than its predecessor did throughout last year.

Schumacher, a veteran of 180 F1 race starts and a six-time winner, had previously identified the area where the consecutive seven-time World Champions appear to be struggling and has now offered additional insight. Lewis Hamilton walking away from his stricken F1 car after beaching it during pre-season testing in Bahrain.

“I’m thrilled with how good the Red Bull is,” said the 45-year-old German in an interview with Sport 1. “It lies like a board.

“Mercedes seem to have problems with the car. The rear seemed very unstable. That’s why I think Red Bull are ahead at the moment.

“But it’s also clear Mercedes haven’t shown everything yet and drove with more fuel on board. They have to get the problems under control as soon as possible, otherwise it will be close compared to Red Bull.”

Asked to specify on the Mercedes issues, Schumacher added: “It looks like the rear wing, which is extremely important for a stable rear end, is not always optimally blown by the airstream.

“So we are talking about an aerodynamic problem. I know it is not easy to solve something like that.”

The brother of Michael Schumacher, the seven-time former World Champion, related an experience of his own with Williams as to how a small difference on the car can have a big effect.

“McLaren, the team to beat alongside Ferrari at the time, brought new wind deflectors that Williams wanted to copy,” he explained. “Somehow it didn’t work for us as we wanted, the car was unstable and difficult to drive.

“In the first race in Australia, I had contact with a rival and lost one of the wind deflectors. Then the car was suddenly much better and went three tenths of a second per lap faster!

“After that, the parts on the car were no longer seen. That just shows small parts can often have a big impact.”

5 die in stampede to view body of Tanzania's Magufuli 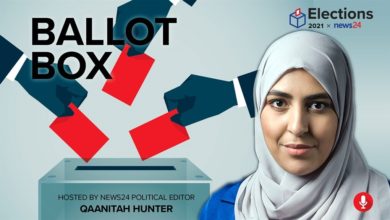 PODCAST | Ballot Box: What does it take to be a good mayor? We ask Midvaal’s Bongani Baloyi 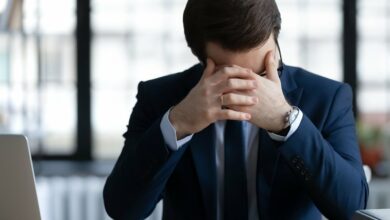 Even CEOs are joining the Great Reshuffle, as new ways of working and communicating burn them out