Remember when badges actually meant something? The short-lived SL 73 AMG came out in 1999 and it lived up to its name by offering a 7.3-liter engine. The V12 roadster of the R129 series was the most powerful product from Affalterbach at its launch, offering a massive 518 horsepower (386 kilowatts) and 553 pound-feet (750 Newton-meters) of torque.

Fast forward to 2021, Mercedes is dusting off the fabled “73” name for a new family of high-performance AMGs. The three-pointed star took the legal measure to secure the moniker back in February 2018 when it trademarked a number of “73” models, at least one of which will debut on a production car in the following months. Autocar claims to be in the know regarding the oily (and electric) bits of the new-era “73” cars.

Gaining an “e” at the end, the 73e models will all share a twin-turbo 4.0-liter V8 engine with an electric motor believed to be largely borrowed from the zero-emissions Mercedes EQC crossover and EQV van. The e-motor will reportedly be good for as much as 201 horsepower (150 kW) and an instant torque of 268 lb-ft (363 Nm).

Combined with the conventional eight-cylinder engine, the Mercedes-AMG 73e cars will unleash “previously unattained levels of power and torque.” In fact, we’re hearing the cars will “at least match” the 805-hp muscle delivered by the AMG GT Concept introduced at the 2017 Geneva Motor Show. The combined torque should be enough to move mountains, with the British magazine claiming the electrified AMGs will develop a massive 740 lb-ft (1,003 Nm).

The GT73e should be the first to break cover and offer neck-snapping acceleration by sprinting to 62 mph (100 km/h) in less than three seconds en route to more than 200 mph (322 km/h). The Porsche Panamera Turbo S E-Hybrid rival will be followed by an AMG S73e based on the latest S-Class and also by an AMG SL73e as a worthy successor to the 186-mph roadster from more than two decades ago.

The report goes on to say AMG’s new breed of performance cars will have an electric mode, in which case the vehicles will be purely rear-wheel drive. It is believed a similar plug-in hybrid setup will be installed in the new C63e, but with a smaller 2.0-liter four-cylinder mill instead of the V8 for a total output expected to surpass the 500-hp mark.

As a final note, it’s worth mentioning “G73” and “GLS 73” were also among the trademarks registered by Mercedes three years ago, but it’s unclear whether the boxy off-roader and the fullsize luxury SUV will get the 805-hp hybrid powertrain. For now, it seems only the GT73e, S73e, and SL73e are planned. The trio will represent the most powerful AMGs ever made, outside of the hotly anticipated One hypercar. 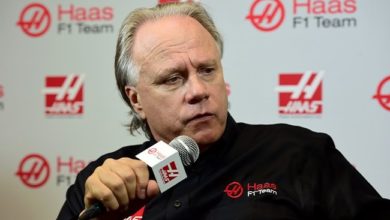 Gene Haas is rumoured to sell his F1 team, but could Dmitry Mazepin be a potential buyer?

Car review: Why Renault should offer the hugely impressive Alpine A110 sports coupé powerhouse to the Irish public