Meghan Markle and Prince Harry have had quite a lot to say and do in their first year as California residents after notoriously stepping down as senior members of the British royal family.

A rep for the Duke and Duchess of Sussex confirmed last summer that the couple purchased a home in Santa Barbara in July 2020.

“They have settled into the quiet privacy of their community since their arrival and hope that this will be respected for their neighbors, as well as them as a family,” a spokesperson said.

The duo has forged ahead on their plan to work independently as seen through their recent Netflix projects through Archewell Productions and separate book deals. Their newly established lifestyle in the U.S. with two little ones is a stark contrast to the dark picture the couple described about their time in the palace during their two-hour sit-down interview with Oprah Winfrey in March.

Markle, who was an actress before she became the Duchess of Sussex, is originally from Los Angeles. The 39-year-old’s home state has provided the couple’s two children Archie, 2, and Lilibet “Lili” Diana, almost 2 months, opportunities Harry, 36,  insisted weren’t afforded to him as a young member of the royal family.

But a source close to the Markle family claimed that the couple’s newfound freedom on the west coast appears to have been part of a “bigger plan” the couple organized all along.

The married couple’s decision to move to North America in early 2020 followed ‘many months of reflection and internal discussions,’ they said in a statement at the time.
( Neil Mockford/GC Images)

“Meghan should have known what it was like marrying into the royal family. I don’t know if this was all part of the bigger plan of things they talked about between them, but for Meghan to cause all the big waves in the royal family just to go back to a Hollywood career and break hundreds of years of traditions is unprecedented,” said the family insider.

The source said the couple’s movements in the last year are questionable.

“To want privacy and to demand this and say how deep of a depression Meghan fell in because of all of this and how she wanted to end her life, it sure doesn’t seem like it now,” the source claimed.

Reps for Markle and Harry did not immediately return Fox News’ request for comment.

MEGHAN MARKLE COULDN’T ‘SWITCH OFF THAT AMERICAN DREAM,’ VISCOUNTESS ALLEGES: ‘YOUR DUTY IS TO THE QUEEN’

Earlier this month, the Duke of Sussex confirmed he will be publishing a memoir with Penguin Random House in late 2022. Some have assumed the book will be a new opportunity for Harry to continue his public bashing of his family and the royal institution. However, the duke insisted the upcoming memoir will be written from a perspective “not as the prince I was born but as the man I have become.”

The Markle family source further claimed Harry was in on Markle’s so-called “plan” to return to America.

Meghan Markle released her first children’s book earlier this year while her husband Prince Harry confirmed he will publish a memoir in 2022.
(Reuters)

“I don’t feel for Harry. I think he’s a part of it, too. They have to know what they’re doing,” the insider said.

Last week, a source claimed to Fox News that “all Meghan had to do was prep her family” about her whirlwind romance to Harry as a way to prevent negative commentary from her estranged relatives.

“How do you break all these royal traditions, claim that you want privacy, you want to go back to a normal life and then just do the same s–t that you were doing before? It’s just all for show. It’s unfortunate for the people she left in her wake – her own family,” the source claimed.

The insider spoke of having sympathy for Thomas Markle Sr. for being “publicly humiliated” in the wake of drama between the father-daughter duo that became public knowledge the week of the couple’s 2018 royal wedding. Recently, the duchess’s father claimed he was willing to take the Sussexes to court in order to meet his grandchildren.

“Now she just goes back to her same old life without her father who spent his entire life taking care of her, putting her in the best schools and using every connection he had to take care of her,” the insider claimed.

In this handout image provided by Harpo Productions and released on March 5, 2021, Oprah Winfrey interviews Prince Harry and Meghan Markle in California. The couple showed their chickens, which live in a coop known as ‘Archie’s Chick Inn’ during their interview with the media mogul.
(Harpo Productions/Joe Pugliese via Getty Images)

The source concluded Markle and Harry’s latest passion projects are “100% hypocritical” as the two are “doing more things to gain publicity.”

“Meghan’s comments about suicide and mental health issues do not relate to the ordinary people who have those struggles,” the source explained. “People are out here starving, some people have just lost everything they’ve worked so hard for in life because of COVID-19. Don’t tell me you’re supposed to sympathize with the ones who really have issues when you have multi-million dollar problems. It’s laughable.”

It appears, however, that Markle has been taking more of a behind-the-scenes approach to supporting those suffering publicly and personally with mental health issues. Tennis star Naomi Osaka revealed this month that the duchess secretly offered her kind words after she withdrew from the French Open to take a mental health break.

In April, Archewell Productions announced the multi-episode docu-series, titled “Heart of Invictus,” as the couple’s first Netflix series. The couple’s other passion projects include a Spotify podcast named Archewell Audio. They released their first episode shortly before New Year’s Day.

The married couple’s move to North America began in January 2020 followed “many months of reflection and internal discussions,” they said in a statement at the time.

They first moved to Vancouver, Canada before relocating to Los Angeles where they reportedly were living in Tyler Perry’s $18 million mansion.

In March, Harry spoke to Winfrey, 67, of the simple luxuries Archie has been able to enjoy in the U.S. that he didn’t get to do as a kid due to media scrutiny, such as riding bicycles on the beach.

Conflict 'behind us', Ivory Coast's Ouattara says after greeting rival 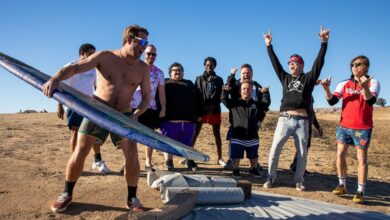 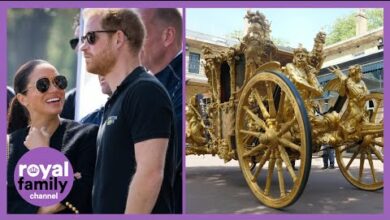 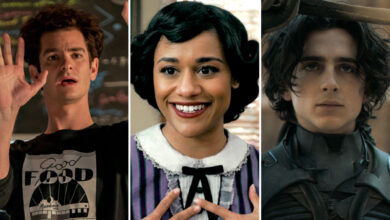