It’s been a whirlwind year for Prince Harry and Meghan Markle.

The couple, who stepped down from royal duties in January 2020 following intense pressure from the UK tabloid press, have since moved to the US and set up a new life with son, Archie. They’ve remained silent, for the most part, but controversy continued to follow them.

Now, in an unprecedented move, the couple who’ve officially been cut off from the royal family as of 22 February, have sat down with US talk show host Oprah Winfrey.

In Oprah with Meghan and Harry, the Duchess of Sussex says: “As an adult who lived a really independent life, to then go into this construct – that is different than I think what people imagine it to be – it’s really liberating to be able to have the right, and the privilege in some ways, to be able to say, ‘Yes, I’m ready to talk.'”

Here, we break down the key moments from Harry and Meghan’s interview. “You’ve said some pretty shocking things here Oprah says in the no holds barred interview, discussing racism within the royal family, Meghan and Kate’s very real feud, the duchess wrestling with suicidal thoughts and Harry revealing his family financially cut him off.

There’s been much speculation as to why Archie didn’t receive a title from the queen. It was thought Harry and Meghan declined a title for the royal born on 6 May 2019. But Meghan said in the interview: “They didn’t want him to be a prince or princess, not knowing what the gender would be, which would be different from protocol, and (said) that he wasn’t going to receive security.

“In those months when I was pregnant… we have in tandem the conversation of, you won’t be given security, not gonna be given a title and also concerns and conversations about how dark his skin might be when he’s born.”

Meghan didn’t share the name of the person within the firm who had those concerns. “I think that would be very damaging to them,” she said.

Prince Harry, who later joined the interview, added: “That’s a conversation I am never going to share. I’m not comfortable sharing that.”

While Meghan was pregnant with Archie, she says she wrestled with suicidal thoughts.

“I just didn’t want to be alive anymore. And that was a very clear and real and frightening constant thought. And I remember how he [Harry] just cradled me.”

The 39-year-old, who is currently expecting her second child – a girl, she shared with the talk show host – and is embroiled in an HR scandal from 2018, which resurfaced days before the interview, said she went to seniors in the institution to ask for help – just as Diana did.

“I remember this conversation like it was yesterday, because they said, my heart goes out to you because I see how bad it is, but there’s nothing we can do to protect you because you’re not a paid employee of the institution.

“This wasn’t a choice. This was emails and begging for help, saying very specifically I am concerned for my mental welfare.”

Asked if she was thinking of harming herself, or having suicidal thoughts, she said:

“Yes. This was very, very clear… and very scary.”

Harry, on whether he told his family about his plans to step away

Asked why Prince Charles had stopped taking his calls, he added: “By that point I took matters into my own hands, it was like, I needed to do this for my family. This is not a surprise to anybody. It’s really sad that it’s got to this point, but I’ve got to do something for my own mental health, my wife’s and for Archie’s as well.”

Meghan, on her feud with Kate Middleton, and a newspaper story that she made her cry over flower girls’ dresses

“That was a turning point.”

Meghan said: “The reverse happened. A few days before the wedding she was upset about something, pertaining to… the flower girl dresses, and it made me cry. And it really hurt my feelings.”

She added: “There wasn’t a confrontation and… I don’t think it’s fair to her to get into the details of that because she apologised, and I’ve forgiven her. What was hard to get over was being blamed for something that not only I didn’t do, but that happened to me.”

“The latter. Everyone in my world was given a very clear directive from the moment the world knew Harry and I were dating to always say no comment,” Meghan responded to Oprah, before adding that she believed she was being protected by the royal institution.

“It was only once we were married and everything started to really worsen that I came to understand that not only was I not being protected but that they were willing to lie to protect other members of the family. But they weren’t willing to tell the truth to protect me and my husband.”

Asked if she was not supported by the powers that be, she said: “There’s the family, and then there’s the people that are running the institution, those are two separate things and it’s important to be able to compartmentalise that because the queen, for example, has always been wonderful to me.”

Would Harry have stepped away from the royal family had it not been for Meghan?

“The answer to your question is no,” said Harry. “I wouldn’t have been able to, because I myself was trapped.

“I was trapped but I didn’t know I was trapped. Like the rest of my family are, my father and my brother, they are trapped. They don’t get to leave and I have huge compassion for that.”

Meghan, on allegations she had manipulated the whole situation

“Can you imagine how little sense that makes? I left my career, my life, I left everything because I love him, and our plan was to do this forever.”

On her wedding day, Meghan said it felt like “an out-of-body experience”. “I think we were both really aware, even in advance of that, this wasn’t our day, this was the day that was planned for the world,” she said, revealing they’d gotten married in secret days before.

“I will say I went into it naively because I didn’t grow up knowing much about the royal family,” Meghan said.

“Greater than any fairytale that you’ve ever read,” said Meghan during the bombshell interview, “I think [Harry] saved all of us. He ultimately called it. He made a decision that saved my life and saved all of is. But you need to want to be saved.” 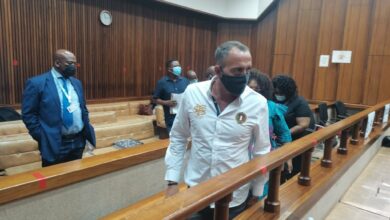 Nelson Mandela funeral trial: Accused who was paid R1.3m claims he did not know money was stolen 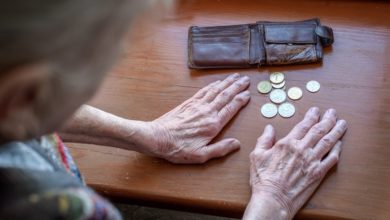 There’s R44.9 billion of unclaimed pension funds in SA – how to find out if you’re owed anything

Zuma and ConCourt: Parties asked to make submissions regarding UN covenant on civil and political rights