JOHANNESBURG, July 1 (Reuters) – When Zimbabwean Tinashe Nyamudoka left his homeland to work as a waiter in a restaurant in neighbouring South Africa he had never tasted wine. Now, 11 years later, he is a renowned sommelier with his own brand.

Nyamudoka, 36, stars in a new documentary “Blind Ambition”, which follows the journey of Zimbabwe’s first sommeliers to take part in the Blind Wine Tasting Championships in France in 2017 and 2018.

The four men left Zimbabwe at the height of the country’s economic crisis more than a decade ago in search of work and have become some of Africa’s top wine experts.

Since the end of 2017, Nyamudoka has owned his own wine brand Kumusha, which means home or origin in Shona.

“I am going for something which is accessible, which is quality and most of the time which is easy on the pocket,” he told Reuters inside a Johannesburg restaurant while opening a bottle of Kumusha Cabernet Sauvignon & Cinsault 2020.

Zimbabwean Tinashe Nyamudoka, a famed sommelier with his own wine brand, gestures as he speaks during an interview with Reuters in Johannesburg, South Africa, June 25, 2021. REUTERS/Siphiwe Sibeko.

Nyamudoka said his wines were selling out in the United States, Kenya, Holland and Zimbabwe and would soon start exporting to Britain and Nigeria.

Robert Coe and Warwick Ross, the Australian producers of “Blind Ambition”, said they were drawn to the story of the four Black Zimbabweans because they came from a background with no history and culture of wine.

“That these guys are out to disrupt in a major way the prevailing wisdom which is that wine drinkers are white, that people with wine knowledge are predominantly white, that fascinated us,” Ross, who is also a winemaker, said.

The film, which had its world premiere at the Tribeca Film Festival in New York three weeks ago, clinched the audience award for best documentary.

During his first live wine pouring event at a Johannesburg eatery, Nyamudoka said he sometimes missed working in restaurants: “It’s more like a fix so you want to have more and more of it.” 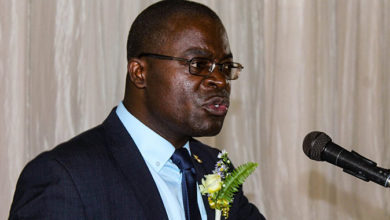 SADC zeroes in on Mozambique