The Jet Fuel Forum Committee (JFF) says that the jet fuel shortage at OR Tambo International Airport “should largely be resolved” by the end of May, as additional fuel will be made available to airlines whose suppliers are currently unable to fulfil their contractual obligations.

News24 reported that the supply of jet fuel has been constrained at the airport since late March, forcing some international airlines to divert flights to Durban and Windhoek to refuel on their return journeys. It added that two flights were cancelled due to shortages.

Shortages have been caused by heavy rains in KwaZulu-Natal, which damaged railways and critical infrastructure.

During the stakeholders’ meeting held on Tuesday 24 May, the JFF reported it is in the final stages of concluding an arrangement which would see 1.5 million litres of jet fuel being made available to some of the airlines whose fuel suppliers’ operations were disrupted by flooding in KwaZulu-Natal in recent weeks.

In its latest update on jet fuel stock levels at ORTIA, the JFF reported that, as of 23 May 2022, the airport had 5.2 days’ worth of jet fuel, “which was more than adequate to supply all airlines operating to and from ORTIA”.

However, while more airlines have been receiving sufficient fuel from ORTIA, thereby operating non-stop flights to their destinations, a very small number of airlines are still tankering fuel and only uplifting top-up fuel from ORTIA and or from other ACSA airports, the committee said.

The South African Petroleum Industry Association has fully injected the 20 million litres it had guaranteed into the Multi-Product Pipeline (MPP) in Durban as of 12 May 2022.

This fuel has arrived at the National Petroleum Refiners of South Africa (NATREF), and eight million litres, which is the first batch, will be available at ORTIA by 27 May 2022.

Transnet Freight Rail (TFR) has enabled rail services from Matola in Mozambique, to ORTIA with 1.1 million litres arriving per week from 3 May. The second train arrived on 16 May 2022. A further 1.9 million litres of jet fuel arrived at ORTIA on 18 May from Durban via rail.

This is part of Transnet’s business continuity plan to ensure the security of supply of jet fuel to OR Tambo, it said.

The additional 1.5 million litres of fuel, committed by the Central Energy Fund and earmarked for airlines that are unable to secure fuel from their suppliers, is expected to arrive at ORTIA this week. The JFF is in the process of finalising a list of airlines that will have access to this fuel and the arrangement should be in place before the end of next week.

Several interventions have been made to ensure that ORTIA is operationally ready to receive fuel via road tankers. While the final go-ahead for this is yet to be issued, the airport can accommodate road tankers if and when needed.

Transnet Freight Rail said that despite renewed flooding due to heavy rains in the Durban area during the past weekend, it is confident that its infrastructure rehabilitation remains on course and the next milestone is the resumption of a single line operation on the Container Corridor mainline from 9 June 2022, followed by a double line operation commencing from 17 September 2022.

“As more fuel imports become available for transportation via rail or pipelines, Transnet, through its relevant Operating Divisions, will ensure that this jet fuel is transported to ORTIA,” it said. 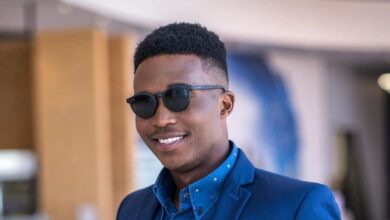 Ntando Lurwengu: All you need to know about Mr South Africa 2022 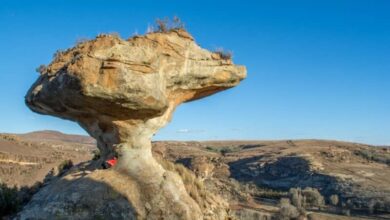