WEW Zealand-based rising star Mike Mathetha says he wants to inspire the next generation of Mixed Martial Arts (MMA) athletes in the country of his birth.

Mathetha last week became the first Zimbabwean to be offered a contract in the Ultimate Fighting Championship (UFC).

The UFC, which is based in Las Vegas, Nevada in the US, is the largest MMA promotion company in the world and features some of the highest-level fighters in the sport on its roster.

Mathetha, who is popularly known as “Blood Diamond” on the New Zealand MMA scene, will become the first Zimbabwe-born fighter to compete at the pinnacle of the sport after being awarded a four-fight contract in the UFC’s welterweight division.

After achieving his dream of competing with the world’s best MMA fighters, Mathetha says his target is to give Zimbabweans someone to support on the UFC and inspiring up-and-coming fighters, who also aspire to reach the highest level of the sport.

“Becoming the first Zimbabwean in the UFC is something cool to be honest, being first in something is just wow,” Mathetha said. For me it’s going to be like I’ve accomplished something other people have not managed to do. Yeah, there are quite a few Africans in the UFC, but just being the first Zimbabwean to be signed is such a cool thing. Now Zimbabwean fans will have someone to support and I hope I can inspire someone. If I can at least inspire one person, they hear my story and decide to chase their dream,

“I’m happy with that. All I need is just one person,” he said.

The 32-year-old rising MMA  star was born in Zimbabwe but immigrated to New Zealand with his family in 2003 at the age of 14.

He was raised in Blenheim, a town on New Zealand’s South Island, before moving to Auckland to chase his dream of becoming a professional fighter.

Mathetha is a product of the Auckland-based City Kickboxing Gym which is renowned for being the home club of Nigerian-born UFC superstar Israel Adesanya, who is a close friend of the rising Zimbabwean star.

In fact, it was the UFC middleweight champion Adesanya, who surprised him with the contract during a sparring session last Saturday.

Like Adesanya, Mathetha also has an extensive kickboxing background.

A two-time King in the Ring kickboxing tournament winner in New Zealand, Mathetha is unbeaten in his MMA career, with his three wins coming via knockout, submission, and most recently a unanimous decision over Dimps Gillies in February 2020.

City Kickboxing head coach Eugene Bareman paid tribute to Mathetha for overcoming insurmountable challenges in pursuit of his dream to compete at the highest level in the sport.

“No one else has been through more struggles than him,” said Bareman.

“From financial struggles, to family problems, to personal problems — he’s had everything thrown at him over the years.

“This is a man that lived, for a year, underneath a cage in my gym. Just to get by. And just backing himself that he could make something of this.”

Bareman believes Mathetha will be well poised to make an impact in UFC after amassing a similar record to that of Adesanya who joined the UFC with 80 kickboxing fights, 10 mixed martial arts fights and six boxing bouts to his name.

“I believe Israel is the most experienced combat sports athlete in the UFC, with the amount of fights he’s had across all sports” said Bareman.

“Well guess what, he’s not anymore. Because Blood Diamond has had more fights.”

He is now expected to make his UFC debut on Adesanya’s next fight card, understood to be in December. A venue is yet to be confirmed.

Mathetha’s rise to the UFC is expected to also put the spotlight on his compatriots Themba Gorimbo and Syvester Chipfumbu following their success on the South Africa-based Extreme Fighting Championship (EFC).

Gorimbo, who is the country’s reigning Sports Person of the Year, is the reigning EFC welterweight champion while Gweru-born karateka Chipfumbu recently won the EFC bantamweight title. The pair could soon be joining Mathetha in the UFC. 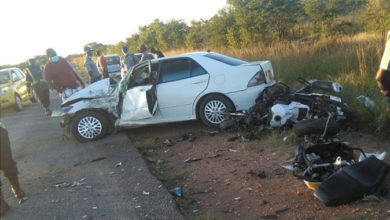 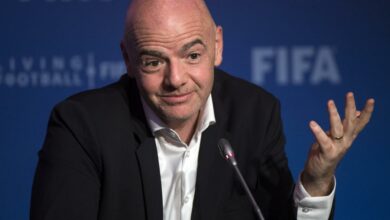 Zim warms up to US vaccine