“Production went from 232 tons in 2020 to 489 tons this year. This constitutes around 15% of Southern Africa’s total production of Medjool dates,” said Francois Schwalb of ZZ2.

The dates are marketed under the brand name, ZZ2 Karas Medjool Dates. He said that the aging of the date palm trees and unusually high rainfall in the normally arid desert like habitat contributed to the higher volumes. “Like last year’s crop, the fruit sizes peaked between large and jumbo with great quality.”

Schwalb explained that Medjool dates have a long shelf life which makes it possible to market it throughout the year. Even though the dates are frozen after harvest, it is still considered fresh in the industry. “Ramadan is a unique window for marketing with this year being from the evening of Monday 12 April to the evening of Wednesday of 12 May.” Prices for this year’s harvest are slightly lower than they were last year due to the increase in international carry-over of fruit from last year, Schwalb said. “About 80% of this year’s packed Karas Medjool dates will be exported through the export agency, CoreFruit to clients in Africa, the UAE, Asia, Europe and the UK. The fi rst export shipments left via Cape Town and Durban in early March.

“The remaining 20% is sold in South Africa through retail programmes and at the national fresh produce markets in 150g, 300g, 400g, 1kg and 5kg packaging. “In South Africa all of last year’s (2020) harvest was sold by March this year. We are thankful that the local demand was so strong.” Schwalb said that the Covid regulations had no serious eff ect on their international distribution. “There were a few cases where we had to change our loads to alternative markets due to the initial lockdown rules at the countries of destination,” he said. The date palm orchards are located on the banks of the Orange River between Namibia and South Africa and span just over 130ha. Most of the plant material was imported from Zemach Nursery in Israel, but some trees were locally procured from Loeriesfontein, South Africa.

ZZ2 said they will not be expanding in hectares this year but might do so again in the coming years. Locally ZZ2 Karas Medjool dates are available from the fresh produce markets in Mooketsi and Polokwane or contact Francois Schwalb at [email protected] or 083 257 8405. 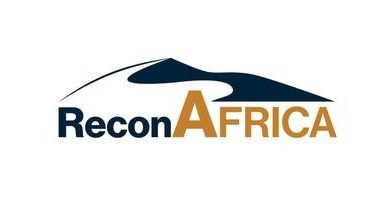