Licking his wounds after being denied a second term as Ekurhuleni mayor, the ANC’s Mzwandile Masina says he is disappointed but not bitter at the DA grabbing crucial Ekurhuleni council positions, including that of mayoral.

Masina could not garner enough votes to return as mayor of Ekurhuleni at the metro’s council sitting in Germiston on Monday.

The former mayor will now serve as an ordinary councillor.

He received 105 votes, losing out to DA councillor Tania Campbell, who was elected mayor with 116 votes. She is the first woman to lead the Ekurhuleni metro. The ANC saw its support in Ekurhuleni and many other municipalities decline further following the municipal elections on 1 November.

The party did not get a majority in the aerotropolis in the 2016 elections but was able to keep control of the metro through the support of smaller political parties.

At Monday’s sitting, the ANC’s battle to keep control of the municipality’s top positions became even more challenging as opposition political parties, including the EFF and ActionSA, voted for DA candidates for speaker, mayor and chief whip of the council.

Masina said he was not aggrieved by the electoral outcome and called the election of DA candidates an example of democracy in action.

No, this is politics. How can I be aggrieved? I was not born with a vote in my mouth. What happened today (Monday) is democracy in action, and I am still intact.

“The ANC has 86 seats in the council, so I am not shocked. I think we did our best as leadership, and I think there is more work that needs to be done. We must go back to the drawing board and improve on these results,” Masina added.

The former mayor said the ANC would take up the opposition benches to hold the DA to account.

“She (Campbell) has been there for the past five years, and I have no doubt she will do whatever… her party instructs her to do. We will do our bit, as the opposition, as the ANC, to make sure that we hold that government to account. The important thing is the stability of government,” Masina said. Referring to the ANC’s broader electoral performance, the ANC regional chairperson in Ekurhuleni said the party would reflect on the outcome. He said the aim was not to remain in the opposition benches for long.

“The ANC will have a moment to reflect on what has necessitated the outcome that we have experienced. We are not going to be… in the opposition benches [permanently]. We are going to work very hard to make sure that we can serve our people. We are not bitter, and we are just going to be doing our work. We still have a huge responsibility,” he said.

Masina said there would be a peaceful transition of government in Ekurhuleni.

I have spoken to the DA leader Tania Campbell, and I have assured her of a peaceful transition so that we can get to the business of the council.

Despite the DA’s control of the mayoral seat, the Ekurhuleni council remains hung, with no outright winner and no coalition government agreement in place.

Stay updated with News24’s latest coverage, opinion and analysis of Elections 2021. Check out results from the previous municipal elections. 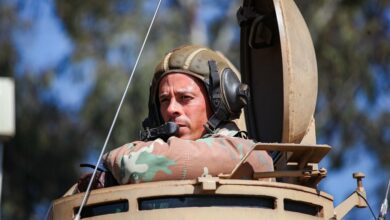 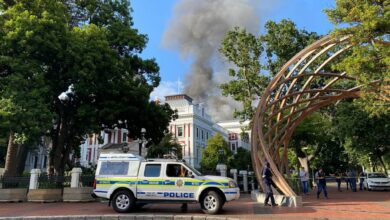 WATCH | Fire breaks out in Parliament 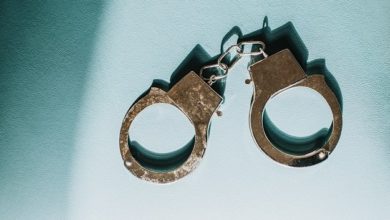 Man held at gunpoint, tied up during robbery at KwaZulu-Natal farm 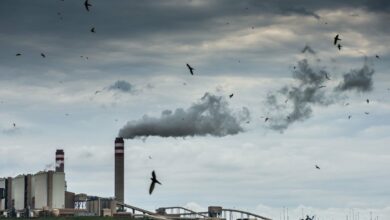