Cape Town – Defence Minister Nosiviwe Mapisa-Nqakula has expressed her happiness that the ANC had paid its share of the cost for the lift she granted them to meet with the Zanu-PF in Zimbabwe.

Speaking during the oral question session in the National Assembly on Thursday, Mapisa-Nqakula said the cost of the trip was R232 000 and the ANC portion was R105 000.

She said the ANC made the payment on the day President Cyril Ramaphosa issued a statement her salary would be docked andshe had to make sure the governing party paid the government.

“I am grateful to the ANC for the sake of my integrity and my own sleep. The ANC paid the same day and the invoice ,if I am requested, we can produce and send to parliament,” she said in her response to one of the questions.

Mapisa-Nqakula was adamant she had not gone to Zimbabwe on tour but rather to deal with matters of national security, “interest issues which we all of us are aware of and things that impact us negatively”.

She was replying to a grilling during the oral question session in the National Assembly.

DA MP Kobus Marais asked her why she did not comply with all laws and regulations when she offered a lift to the ANC delegation for a meeting between the ANC and Zanu-PF.

“Why do you feel you have done nothing wrong and are fit to be a minister of defence?” Marais asked.

Mapisa-Nqakula said Marais could feel that she did not deserve to be a minister anymore because of what she did.

She reminded Marais of an instance in 2018 when she took a decision that the air force transport members of the joint standing committee on defence to do oversight in the Democratic Republic of Congo instead of using commercial flight.

“I took a political decision, whether it was correct. It means now it was wrong without the consultation which you refer to,” she said.

She said her decision had been the correct thing to do and had not been political.

Mapisa-Nqakula also said in any government there was nothing wrong in adopting a two-layer approach where envoys dealt with government and political parties dealt with party issues.

“A party in any country will always have a lot of influence in what the state does. This is what happens here,” she said, referring to the Zimbabwe situation.

She said she was being made to feel as if she woke up in the morning and took an aircraft to see Victoria Falls.

“I went to Zimbabwe having recovered from Covid-19 to sort out some of the real critical issues which are affecting, not just the defence, but all of us as a country,” she said.

“It should not be that I jumped into an aircraft and crossed the river and went to Zimbabwe on a tour.”

Mapisa-Nqakula said she was happy that Public Protector Busisiwe Mkhwebane was investigating the matter.

“I have accepted the fact that the president imposed a sanction on me,” she said in reference to the docking of her salary.”

Botswana president calls for domestication of AfCFTA at national level 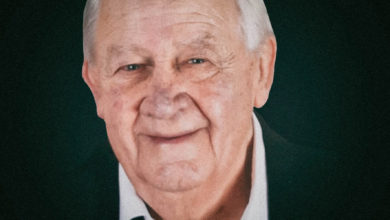 A lifelong campaigner to re…

Fight against inflation lauded | The Herald