A man has been told he may never walk again after he suffered catastrophic food poisoning on a Dominican Republic trip that left him paralysed.

It was meant to be William Marsh and wife Kathryn’s dream island getaway of a lifetime.

The couple had travelled from Wales to celebrate their 25th wedding anniversary with a week-long all-inclusive holiday package at Riu Naiboa resort.

But it the trip abroad ended William, 58, comatose and hooked up to a ventilator.

William, from Mountain Ash in Rhondda Cynon Taf, suffered with symptoms including stomach cramps and diarrhoea towards the end of the couple’s stay.

Have you got a story? Email webnews@mirror.co.uk

When the couple arrived back in the UK following the trip around three years ago William said he was planning on returning to work as an engineer, but he claims he continued to experience symptoms when he arrived home.

During the morning he was due back at work, he woke up and had no feeling in his legs. He claims the sensation then progressed across his entire body.

William’s holiday at the Riu Naiboa, which he said was booked through TUI UK Ltd, began on July 5, 2018.

He stayed at the resort with his wife Kathryn, 51, as well as their now 17-year-old daughter.

William said: “Kathryn, and my daughter, fell ill first and then it hit me. The symptoms were awful but we just tried to keep on going as I was due to go back to work.

“However, then on the day I was due to return to work, I woke up and couldn’t feel my legs. I immediately knew something was serious.”

William was later diagnosed with Guillain-Barré Syndrome – a serious neurological condition which is a known complication of some types of bacterial food poisoning illnesses.

Normally the immune system attacks any germs that get in to the body, but in people with Guillain-Barré Syndrome, the body’s defences go haywire and mistakenly attack the nerves.

William’s condition deteriorated quickly as a result of Guillain-Barré, and he wound up in a coma and on a ventilator at St Charles Hospital.

After a long period of rehabilitation he was able to return home, but his life has now changed drastically.

He now requires a hoist to be lifted into a wheelchair. He also has severe weakness down his left side, which means he struggles to grip so much as an empty can.

William said: “I need so much help to do even the simplest of tasks now. We had carers visiting the house but because of Covid this was scaled back. I became a lot more reliant on Kathryn for help.

“Rather than being my wife she is now more my carer.

“It’s incredibly difficult to put into words how life has changed over the last few years.

“I have made some progress in my recovery but there have been a lot of difficult times trying to come to terms with what has happened and how things are now totally different.

“Before my illness I’d never heard of Guillain-Barré but sadly I know now how dangerous it is.

“I remain determined to get to the bottom of the cause of my illness but also to raise awareness of the support available.

“Now that life after lockdown is starting to gradually get back to some normality it’s vital that people with brain injuries don’t feel they have to suffer alone as support is out there.”

William remains paralysed three years on. The father-of-three still cannot walk, and is essentially confined to his living room due to the extent of his needs.

His position has become particularly difficult over the last 12 months as a result of the Covid-19 pandemic given that he is at high risk. He has been unable to return to work due to his brain injury.

William has now instructed specialist international serious injury lawyers at Irwin Mitchell to investigate the circumstances surrounding his illness, and help him access the specialist rehabilitation he requires.

Jatinder Paul, a senior associate solicitor and expert international serious injury lawyer at Irwin Mitchell, who represents William, said: “What was meant to be a celebration for William and Kathryn has turned to despair with William still greatly impacted by his illness. What happened to William vividly highlights the impact that gastric illnesses can have.

“Understandably lockdown has been incredibly difficult for William who has relied heavily on his family for their continued support. Action for Brain Injury Week is an important reminder of how people with neurological conditions continue to face challenges and are often reliant and the care of others to make the most of life.

“William still has many questions about how he fell ill. We’re determined to help him establish what happened and also secure him access to the specialist support he needs to ensure he gets the best from life.

“We‘re committed to doing everything we can to help William and his family make the most of life. The next step will be to serve proceedings on TUI UK Limited, the tour operator who provided the holiday to William’s family.”

A TUI UK spokesperson said: “We’re sorry to hear of Mr Marsh’s experience. As this is now a legal matter, it would be inappropriate to comment further.

“We’d like to reassure customers that we regularly audit all of the hotels we feature in respect of health and safety, including hygiene.”

The Mirror has contacted Riu Naiboa for a comment.

William is supporting Action for Brain Injury Week which runs from May 17 to 23.

This year’s campaign is focusing on how the Covid-19 pandemic and isolation has affected people living with brain injuries.

Mallorca hotel review: Inside Concepcio by Nobis in Palma

Where can I travel without a vaccine? Green and amber list countries where you don’t need a Covid jab to enter 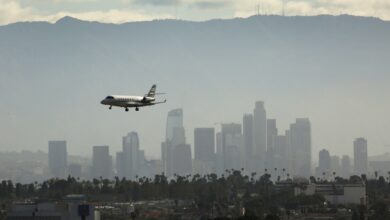