Riyad Mahrez scored a goal as Algeria thrashed Botswana 5-0 and they ended their 2022 Africa Cup of Nations qualifying campaign without losing a match.

After missing the Desert Foxes’ 3-3 draw with Zambia on Thursday, the 30-year-old returned to Algeria’s starting XI at the Mustapha Tchaker Stadium on Monday.

Although the reigning African champions already secured qualification for next year’s tournament in Cameroon, the victory stretched their dominance in Group H as they comfortably sit atop of the table and it also stretched their unbeaten run to 24 matches since losing to Benin in October 2018.

They ended their qualifying campaign with 14 points from six matches – four wins and two draws, and Zimbabwe picked up the second qualifying ticket in the group after gathering eight points from the same number of matches.

Real Betis right-back Aissa Mandi started the party in Bilda with his opening goal in the 24th minute which separated both teams until the 58th minute as Botswana tried to hold the hosts back.

After the restart, Galatasaray star Sofiane Feghouli doubled the lead for Algeria two minutes before the hour-mark and Mahrez made it 3-0 with his strike from the penalty spot in the 64th minute.

Baghdad Bounedjah also found the back of the net alongside Metz’s Farid Boulaya who opened his goal account for Algeria to complete the rout in the 88th minute.

Monday’s victory was the second time Algeria defeated a team 5-0 in Group H, after their win against Zambia in their first qualifying game two years ago.

The Desert Foxes are also the highest scoring team in the 2022 Afcon qualifying series with 19 goals in total after six games and they conceded six goals.

Elsewhere in Harare, Patson Daka continued his fine goalscoring form for Zambia with a brace which gave them a 2-0 victory over hosts Zimbabwe.

His contributions were not enough as the 2012 African champions could not qualify for Cameroon 2022 after they picked up seven points from six matches. Last Thursday, the RB Salzburg striker scored two goals as Chipolopolo held Algeria to a 3-3 draw in Lusaka.

He is the top scorer in Group H with five goals followed by Algeria duo Bounedjah and Mahrez with four and three goals respectively.

Uncut diamond, at 1,175-carats, is third largest in world

Zimbabwe joins U.N. ‘Wall of Shame’ as it votes against resolution to stop genocide 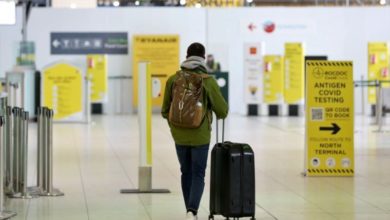