Madosh Tambwe had a bustling day out for the Bulls. (Photo by Christiaan Kotze/Gallo Images)

The last time Madosh Tambwe started a match against the Stormers, he made history.

As a 20-year-old upstart in a Lions team that was on its way to a third consecutive Super Rugby final, the muscular, rapid winger had just completed the quickest hat-trick in the tournament’s history.

He would end with four tries in a dominant 52-31 victory.

Almost three years have passed since that heady day and, almost appropriately, Tambwe is at his third South African franchise in the Bulls, having recently joined up from the Sharks.

After two encouraging first showings as Jake White’s latest signing, his sternest test yet in his quest to nail down a spot for the upcoming Rainbow Cup comes on Friday evening against the Capetonians.

“Funnily enough, in that game I played against (Bulls stand-in skipper) Nizaam Carr and this time ’round we’re team-mates,” Tambwe said on Wednesday.

“Ultimately, every winger wants to score tries. This is not a Madosh-versus-Stormers game coming up. This game is about the team. All I have to do is just focus and prepare well.

“Then the tries will come. But I’m definitely not fixated on it. I don’t want to put the extra pressure on myself.”

While the now 23-year-old outside back hasn’t ever let any of his side’s down, there’s an awkward but valid argument to be made that he’s hasn’t been able yet to translate his undeniable talent into becoming a key player.

“For me, I just want to find my feet. I know exactly what’s needed to become a regular starter here. In the end, that decision isn’t really mine. Irrespective of how well I train, selection comes down to a coach,” said Tambwe.

“It’s his prerogative to choose whom he wants. If that’s me, then great. Otherwise, I just want to be a great, supportive team-mate. Everybody works hard in this environment. Everyone wants to start weekly.”

What Tambwe can be certain of, however, is that he has the support of White to become a top dog at Loftus.

“The decision to move back to Gauteng from Durban was more personal than anything else. There were things that were happening that I needed to sort out. Coach Jake called me and asked me how I was doing,” he said.

“I told him about it and he asked me what I thought about coming to the Bulls. I told him that I’d love to. Rugby-wise it also made a lot of sense to come back. I’m glad to be here.”

To date, even if the opposition in the preparation series was mediocre, Tambwe has impressed with his work-rate and is certainly in a prime position to cement his place in the absence of Kurt-Lee Arendse, who’s bound by Blitzboks commitments.

“It’s been going well. Everyone has been really welcoming and friendly,” he said.

“I’m really privileged to be working with coach Joey (Mongalo) again, whom I have a long working relationship with. But it’s an even better opportunity to be working with a man of coach Jake’s pedigree. It’s really been a treat since I’ve arrived.” 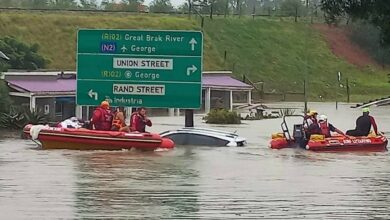 Elton Jantjies praises Bok team-mates after All Blacks win: ‘It was an 80-minute performance’