Deputy President David Mabuza has apologised to residents of the Vaal over the sewage mess caused by the Emfuleni municipality.

Mabuza, who was accompanied by an entourage of senior government officials, including Human Settlements Minister Lindiwe Sisulu, her deputy, David Mahlobo, Gauteng Premier David Makhura and MEC Lebogang Maile, visited the sewer and treatment plant in Sebokeng on Tuesday.

The incomplete plant is causing mayhem to many residents of Sebokeng and the neighbouring area, who are battling daily with the stench of raw sewage from their toilets or kitchen sinks.

Residents claim that many streets are flooded with sewage, which runs unabated.

Human excrement and other objects are emerging from blocked sewer drains.

Dorah Mokubung, who resides in Sebokeng, claims that her house is often flooded with sewage from her toilet and kitchen sink.

“We are in trouble,” she said.

Mokubung blamed shoddy work for the cause of the mess.

“This problem of sewage is not new. It has been happening for a long time and Emfuleni officials are aware. We are forced to mop up the mess that runs inside our houses,” Mokubung said.

Jabulani Mgentsu said they have been neglected by both local, provincial and national government.

READ | SANDF intervention in the Vaal comes to an end, but water department has a plan

“Our government is aware of our problems in the Vaal. We were promised that provincial government will take over from Emfuleni and attend to our grievances. Emfuleni municipality has failed us as residents of the Vaal.

“There is no service delivery here. We have serious problems of sewer spillages, water shortages and potholes in the Vaal,” said Mgentsu.

Mgentsu said they are planning to approach both the SA Human Rights Commission (SAHRC) and the Public Protector to raise their concerns.

The SAHRC last month released its report on the state of wastewater treatment in the Vaal River, after several reports over the years of raw sewage flowing into homes and streets in Emfuleni.

It found that the lack of wastewater treatment was a violation of several human rights and gave the government 60 days to respond.

Addressing the media at the plant, Mabuza apologised to residents.

“I want to apologise for the time we have taken to deal with the problem. The president deployed soldiers to deal with this problem. To our people, we are apologising. We have made tremendous progress since then.

“This construction has been completed and has added to our capacity to treat [sewage]. The Human Rights Commission wants us to deal with the problem and we are going to be faster. We are also going to all municipalities that are polluting the Vaal River,” Mabuza said.

He promised to update residents about the progress at the plant.

“The capacity to treat [sewage] is up to scratch. The only thing left is to unblock the sewage that is spilling all over human settlement in order for it to flow into the treatment plant. Emfuleni now has enough capacity to deal with sewer (problems),” said Mabuza.

Mabuza also promised to meet with Sisulu, Maile and Tito Mboweni to table a work plan to determine a timeframe to unblock sewers in the area.

Does This Garage Look Like The Ultimate GMC Hummer EV Base Camp To You? 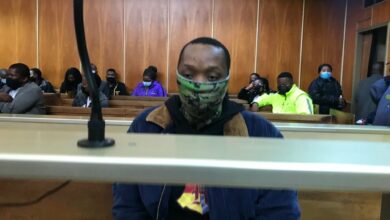 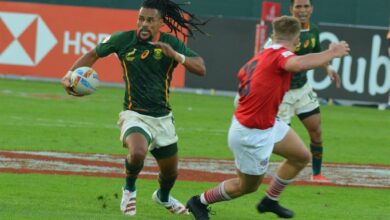 Shona Ferguson remembered as ‘an innovator and a pioneer,’ – tributes pour in from around the world