Olympique Lyon forward Tinotenda Kadewere “blew away”, by chance, a Diambars Academy coach who was on a scouting mission in Harare to watch Polokwane City forward Walter Musona, resulting in his move to Swedish side Djurgardens IF in 2015.

Kadewere was playing for Harare City, where he was a bit-part player, having been rejected by then Zimbabwean champions Dynamos a few months earlier.

Djurgardens wanted a replacement for injured former Highlands Park forward Elias Monene, who was a trialist there, and Diambars South Africa sent one of their coaches in Eric Bafana to Harare to have a look at Musona and then Zimbabwe national Under-23 captain Wisdom Mutasa.

Harare City were playing against Musona and Mutasa’s team, FC Platinum, in the Zimbabwe PSL that day.

The last 20 minutes of the match in which Kadewere rose from the bench proved to be career-defining.

“While I had been impressed by both Mutasa and Musona, I was blown away by the technical abilities of the substitute [Kadewere],’’ Bafana told The Herald.

“The boy had everything, I mean in terms of skill and technique. His strength was undoubted and his confidence was so encouraging.”

Prior to Bafana’s trip to Harare, Diambars chiefs, including Pierre Mathieu, had initially declined to consider Zimbabwean players to replace Monene but after some convincing, they finally gave in.

Again, when Bafana reported back that he was impressed by Kadewere instead of their targets Musona and Mutasa, his bosses could not accept that.

That called for Mathieu and his partners to travel to Harare themselves to watch the three players who were all part of the Zimbabwe Under-23 side playing a 2016 Olympic Games qualifier against Eswatini.

“My bosses were apparently not happy and they kept on asking whether he was really that good given he wasn’t a starter for both club and country,” continued Bafana.

“We filmed that match and as usual, Kadewere started on the bench while Mutasa and Musona were in the first XI.”

Interestingly, former Zimbabwe coach Kalisto Pasuwa was the Dynamos coach who had snubbed Kadewere at his club and at that time also doubled as national Under-23 coach, where he gave the forward cameo appearances.

“Tino then showed his class when he was introduced about 20 minutes before time much to the amazement of my bosses,” Bafana added.

“From then, we sent the video to Djurgardens and they invited Kadewere for trials.”

What followed for Kadewere was a trial not only at Djurgardens, but also at Ligue 2 side Sochaux. He impressed at both clubs but opted to go to Sweden.

After three seasons in Sweden, Kadewere caught the eye of Ligue 2 side Le Havre where he top-scored in the French second division with 20 goals in 24 matches last season, to attract the attention of Lyon, who won his signature amid some reported Premier League interest.

But before his rise to stardom, Kadewere’s then-agent Gibson Mahachi confirmed that Dynamos had frowned upon the forward.

“I took the boy [Kadewere] from Highfields Academy and tried to have him join Dynamos because he was very good. Unfortunately, Dynamos refused to sign him saying he wasn’t good,” Mahachi told the same publication.

“I then took him to Harare City where he was signed on loan by Taurai [Mangwiro]. Before long, I received a call from Bafana and his crew and Kadewere was actually accompanied by Mathieu to Sweden.” 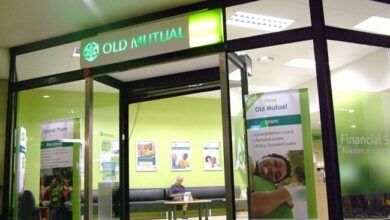