Lynyrd Skynyrd has canceled four of its upcoming shows after one of the band members tested positive for the coronavirus.

A manager for the classic Southern rock band confirmed the news in a statement to Fox News on Saturday.

Schilling added, “Rickey is home resting and responding well to treatment. We will continue to update you on his condition.”

So far, the show scheduled for Friday, Aug. 13 in Atlanta, Georgia, has been rescheduled to Oct. 23.

News of Medlocke’s COVID-19 diagnosis comes weeks after fellow guitarist Gary Rossington, 69, who has been playing with the band since its earliest days in Jacksonville, Florida, underwent an emergency heart procedure.

Rossington has had a history of heart issues, having undergone surgery following a heart attack in 2015, and again to repair a heart valve in 2019, according to Rolling Stone magazine. The 2019 surgery forced the postponement of a Lynyrd Skynyrd tour, according to the outlet.

Rickey Medlocke has tested positive for the coronavirus. (Photo by Michael Chang/Getty Images)

The band has brought in Alabama-based guitarist Damon Johnson to fill in while Rossington continues his recovery, AL.com reported.

“Our thoughts and prayers are with Gary Rossington as he recovers from emergency heart surgery. Gary is home resting and recovering with his family He wants everyone to know he is doing good and expects a full recovery,” their statement reads in part. 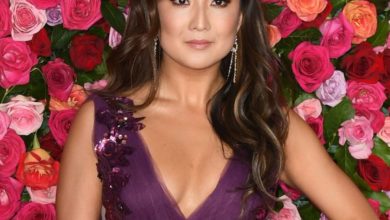