Former minister of Public Enterprises Lynne Brown told the commission of inquiry into state capture on Friday that her involvement in the state of affairs at Eskom was mis-characterised and that she exerted no undue influence on the operational and strategic decisions of the utility during her time as minister.

Brown has faced allegations that she abused her power as minister under the administration of former president Jacob Zuma to interfere in the affairs of parastatals, including Eskom, at the behest of the notorious Gupta family.

At the beginning of the virtual hearing of the commission on Friday morning, Brown told commission chair Deputy Chief Justice Raymond Zondo that she had been waiting for a long time to testify before the commission and address “attacks” made on her and loved ones close to her.

“The attacks dealt with personal matters and people who had nothing to do with my work: family, friends. If you read anything in the newspapers, I would not be surprised if you believed that I lived in a palace with sports cars and designer clothes, all paid for by the Guptas. I live in a house that I paid for and still drive the same car that I paid for,” said Brown.

Lynne said the attacks on her character played a huge role in her exit from formal politics, and that she had cultivated a reputation for rooting out corruption from her days as a member of the Western Cape Provincial Legislature before she became a minister.

“I worked for 20 odd-years in provincial government, and I have been viewed as a corruption-buster, a stabiliser of organisations. In my time 29 municipalities did not receive a single qualified audit. One did, 29 did not,” Brown said.

Brown said she was grateful to be granted the opportunity to testify as she believed the commission would serve to separate fact from fiction. She stressed that Eskom was a “conflictual” company that already had operational and financial problems before she became minister.

“One problem with Eskom was that it was spending so much money to keep the lights on by purchasing diesel. The second problem was that there was no maintenance. All the plants were 25 years and older and, in my period, some were extended by 10 years.

“When I came in, Eskom debt stood at R180 billion. When I left it had risen to R260 billion. The last time that I checked the figures, the debt of Eskom was at R450 billion,” she said.

She said when she arrived as minister, the state of Eskom was in “absolute chaos”. She said the department and executives at that company faced severe pressure, but equally, service providers to Eskom that had a tender at that company were effectively “overnight billionaires”.

“Things were so bad in Eskom that a war room was created. It was created in December of 2014 at the last Cabinet meeting of that year. All the companies and departments affecting Eskom were part of it and the meeting was chaired by the deputy president at that time, the president today,” she said.

Brown said even if she wished to interfere in the affairs of Eskom as minister, the set of procedures was too rigid to allow anyone to do so, suggesting that she was not appointed to the Cabinet position to interfere in Eskom’s decisions.

“When I first had a meeting with Eskom, we were dealing with 57% of the shareholder compact. We did not have a step-in clause and we had to allow the processes that are already underway to continue. There were companies blacklisted from doing business with Eskom,” Brown said.

Looking broadly at the work of Public Enterprises, Brown said many state-owned entities faced significant challenges and that, going forward, government would have to consider “closing down” and “merging” those that were non-viable or redundant.

“I think what we should do as SOEs [is] take them out of government. I’m not saying privatise them. Some are on the sidelines and may be closed down. Others can be merged and placed in a vehicle. They have done it in China and other countries because they realise it cannot be sustained as is,” she said.

She also took the opportunity to contest evidence from former Public Enterprises acting director general Matsietsi Mokholo about her demeanour when it emerged that former president Zuma attempted to have an Eskom meeting postponed, apparently taking exception to Mokholo’s suggestion that Brown used slang to express her concern at news of potential interference at Eskom.

“I returned from my trip abroad. Remember that when I am away, somebody stands in for me and it is never my deputy. I was away for three days. Ms Mokholo says I did not look perplexed.

“She said I used the phrase ‘eish’ which I never use in my lexicon. I would like to refute that.

Asked about Gupta affiliate, Salim Essa, and any role he may have played in influencing her, Brown said: “Other than shaking his hand at an event one time, I do not know the fellow”.

Brown maintained that when she arrived at the department, she seemed to be the only one in all of the galleries and meetings held between accounting officers and the department who believed that Eskom was in crisis. 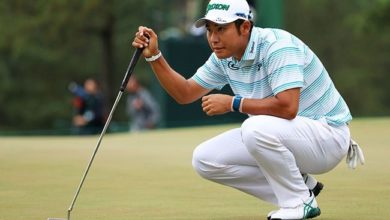 Japan’s Matsuyama on the brink of historic Masters victory 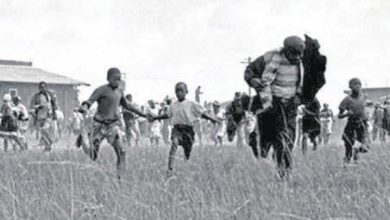 Tinyiko Maluleke | Sharpeville and the map of our bloody country

Ismael Coovadia dies of Covid-19: He was ‘a dedicated and selfless cadre’ – ANC 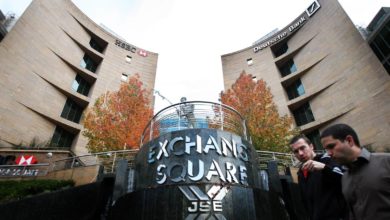