Peugeots are fairly uncommon here, with fewer than 3,500 on the road at the end of last year – about half the population of Porsches.

Of the lot, the RCZ coupe is perhaps the most rare, with sales making up less than 3 per cent of total Peugeot numbers here.

Its styling caught the eye of Mrs Joanna Wong. The 61-year-old artist and writer was looking to replace her Mini Cooper S, which was approaching 10 years old in 2012.

“Someone parked a new Peugeot RCZ right across my home,” she recalls. “It was love at first sight. I test-drove one the next day and the rest is history.”

Mrs Wong gave up a job in the financial sector in 1998 to pursue her life-long passion for writing and art.

In the last 15 years, she has published 16 books, including a children’s series centred on a magical squirrel. She is also an accomplished artist and runs a gallery in Tiong Bahru.

“Through my art, I hope to impart to others my love of nature and heritage,” she adds.

Her taste in cars is dictated by size and uniqueness. It was only in 1999 – 18 years after she passed her driving test – that she and her husband, retired bank executive Wong Ban Suan, 63, went shopping for her first car. It turned out to be a Suzuki Jimny in metallic blue and silver.

“I did not drive regularly until there came a need to ferry my two sons,” she says.

“As I drove more frequently, I began to enjoy driving,” she adds.

Driving enjoyment then became an important criterion when it was time to replace the Jimny.

As deft as the Mini was, Mrs Wong says the RCZ is more satisfying. With its turbocharged performance, slick handling and stylish looks, the 156hp six-speed automatic was quite a sizzler back when she bought it.

“It is not only super fun to drive, but also a piece of art in motion,” she coos.

The two-door coupe has been reliable too. It is approaching its 10th year, but has not given Mrs Wong any major problems. She has had to replace only some common wear-and-tear parts.

She has not decided on whether to renew the COE (certificate of entitlement) or to get a new ride.

“My husband has just renewed the COE on his Maserati Gran Turismo, so perhaps we might get a new car,” she says, adding that the R8 – Audi’s only supercar – would be on their shopping list if they decide to replace the RCZ.

What’s in the boot?

Why I will always choose the middle seat on a plane

Zimbabwe’s Hopewell Chin’ono: ‘I am not intimidated’ | Corruption News 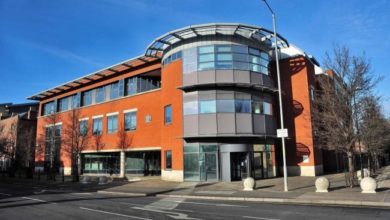 IN THE DOCK: Defendants appear in court for motoring offences 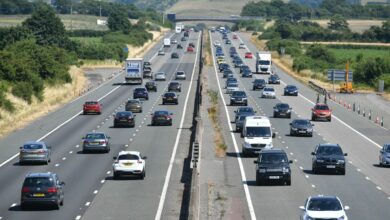 How can I keep my motoring costs down?