(CNN) — It’s the home of Tower Bridge, the Houses of Parliament and that great big wheel spinning beside the Thames, but London’s newest tourist attraction might just eclipse them all — at least, in notoriety.

The Marble Arch Mound, which opened July 26, has swiftly been branded the UK capital’s worst site — because rather than being the hoped-for sylvan glade of lush grass and trees sprouting from its sides, it’s little more than a mound of earth.

The $2.8 million development, which sits on the edge of Oxford Street, had promised sweeping views over London from its panoramic platform, 82 feet and 130 steps up.

The views of Oxford Street had never been seen before, they had assured potential visitors — plus there would be views of Hyde Park.

Visitors were told that they would make a thrilling exit via the inside of the mound, where an art exhibition would be situated, along with a place to buy Marks & Spencer food.

But instead, Londoners keen to experience the new tourist attraction — designed by Dutch architects MVRDV — have said that it’s nothing but an unfinished pile of rubble.

Social media has been awash with visitors sharing their disappointment.

The landscaping is far from the lush foliage that was promised.

“Marble Arch Mound is the worst thing I’ve ever done in London,” said one, posting pictures of the views: building sites, scaffolding, and traffic threading its way below.
Another wrote that the interior is an “emptyish storage area” and there are random rolls of cables outside, perhaps linked to the promised light show.

The Mound currently has 31 Google reviews, with an average rating of just 1.2.

Westminster Council, which is in charge of the project, said in a statement that “elements of the Marble Arch Mound are not yet ready for visitors.”

A spokesperson confirmed to CNN that the Marks & Spencer food hall and the light installation were not ready.

Everyone who booked to visit in its first week will receive a refund plus free ticket to come back, “so they can see the Mound at its best,” they added.

Photos posted on social media showed the mound not fully landscaped, with wooden struts that had yet to be covered with trees and turf.

In its statement, Westminster Council acknowledged that the landscaping needs additional “time to bed in and grow.”

They added: “The Mound is a living building by design.”

The Mound was part of a “greener smarter future” for Westminster, the London borough which is home to most of the city’s main attractions. It was also hoped that it would lure people back to the shopping center post-pandemic.

Meanwhile, the Mound’s website continues to state, “You will not miss the 25-meter-high mound when you arrive.”

Possibly unmissable for the wrong reason.

Everything We Know So Far 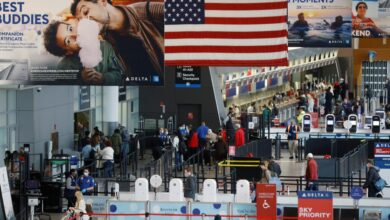 Thanksgiving air travel set to be busiest since pandemic 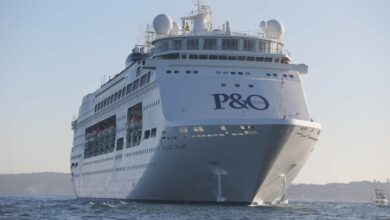 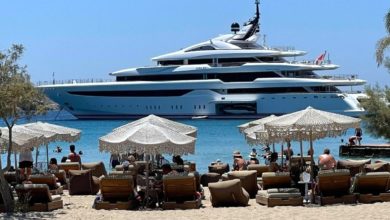 Greek Tourism Rebounds with More than 8.6 Million Visitors in 2021

How Travelers Apply For The France Health Pass