Royal Parks has criticised the launch of London’s e-scooter trial, warning scooters could ‘discourage visitors and undermine the ambiance of green spaces’.

From today, it is possible to rent an e-scooter in the capital. The scheme is organised by Transport for London, London Councils and a number of boroughs.

The trial is initially taking place in Canary Wharf, Ealing, Hammersmith & Fulham, Kensington & Chelsea and Richmond, with Tower Hamlets acting as a ‘ride through’ area.

However, Royal Parks has refused to take part in the trial and has warned people will not be able to ride through Richmond Park or Kensington Gardens.

“The parks and other open spaces we care for are principally places for quiet recreation and where pedestrians have priority,” a spokesperson told Motoring Research.

“It is important that all our visitors feel safe in the parks and we believe that the speed and stealth of e-scooters will have a negative impact on people’s experience of the parks, particularly those with young families, with mobility challenges or with a visual or hearing impairment.

“We do not permit – and we have no plans to permit – the use of e-scooters in the parks.”

E-scooter journeys will cost between £3.25 and £3.40 for a 15-minute ride and they are only allowed to be ridden on roads, not pavements, TfL said.

Three operators – Dott, Lime and Tier – are participating in the trial, and will additionally charge a £1 unlock fee.

TfL said the scooters use geofencing technology to ensure they don’t stray outside of the designated areas, while they are also equipped with GPS-controlled parking zones, meaning they will not be able to be dumped on a pavement.

In addition, TfL said as part of the trial, the scooters will be limited to 12.5mph – compared with the national 15.5mph scooter speed limit – adding that riders will need to undertake – and pass – an ‘e-safety course’ before renting for the first time.

“Safety remains our number one priority for this trial and we will work closely with the e-scooter operators, London Councils and the boroughs to ensure rigorous standards are consistently met,” said Helen Sharp, TfL’s e-scooter trial lead.

“We will also continue to work closely with all of our stakeholders, including TfL’s Independent Disability Advisory Group, to ensure that the trial meets the needs of everybody living in, working in and visiting the trial areas.

“This new trial will provide the data and insights we need to determine the longer-term role e-scooters could play in our strategy for a greener and healthier future for London.”

The Metropolitan Police said it supported the trial but warned private e-scooter riders risk a £300 fixed penalty and six points added onto their driving licence if they are stopped.

“We’d like to remind everybody that private e-scooters used outside this trial remain illegal and will be dealt with by way of seizure,” said the force’s Chief Superintendent, Simon Ovens.

Tees Valley last year became the first place you can legally ride an e-scooter in the UK.

Last year, the Parliamentary Advisory Council for Transport Safety (PACTS), which advises MPs and members of the House of Lords in the UK parliament on air, rail and road safety issues, described e-scooters as having features which are ‘inherently unsafe’ in a report.

It warned the small wheels of e-scooters are “incapable of safely negotiating the ruts, potholes and uneven surfaces of many urban streets”, adding that it is “very difficult” for riders to see vehicles approaching from behind due to the lack of mirrors.

The advisory council claimed an e-scooter rider is eight times more likely to sustain a head injury than a cyclist.

Your next Audi could be an electric scooter

BMW is joining the e-scooter trend

Seat and Segway are launching an electric scooter 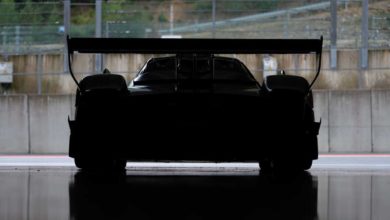 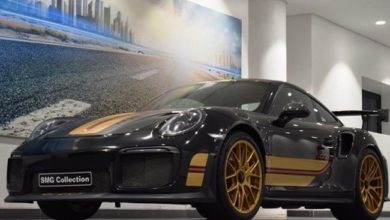