Tadious Manyepo
Sports Reporter
WARRIORS coach, Zdravko Logarusic, has closed the door on some players whom he has accused of showing lack of respect for the national team and the country.

The coach will tonight give a chance to his fringe players when Zimbabwe host Zambia in their last 2021 AFCON qualifier.

The match kicks off at 9pm at the National Sports Stadium.

Zimbabwe have already qualified for the AFCON finals in Cameroon next year after a 1-0 away win to Botswana last Thursday.

Loga has a number of players in his fold who have not been playing, but says the door has been closed on some players.

“I only work with those players who have showed commitment and unquestionable patriotism,’’ he said.

“We have players like Onismor (Bhasera), Terrence Dzvukamanja and others, who have always shown that they respect national team call-ups.

“Yet, we have players who have shown utter disrespect to the same. We are not going to be working with them anymore.”

He said tonight’s game gives a chance to some fringe players.

“It’s not like I have two or three different teams in my camp, but every player should be given a chance to show what they have to offer,” said Loga.

“We have players like Victor (Kamhuka) and Tanaka (Chinyahara) who have the commitment.

“Kamhuka, for example, came for all the matches I have presided over even if he hasn’t played any.

“But, you don’t hear him complain that he is not playing. I like that kind of commitment and show of patriotism.

“We have players like Tanaka (Chinyahara) and others, who haven’t played for the team yet, and they should get their chance too.”

Loga said he would not risk some of his senior players who have picked yellow cards and injuries.

Captain Knowledge Musona, who picked a knock towards the end of the match against Botswana last Thursday, didn’t train on Saturday night. He could be out of the match against Zambia, so will be Teenage Hadebe, whose position at centreback is likely to be given to Kamhuka.

“I can’t risk playing an injured player, or a player with so many cards lest they be suspended for the opening match of the AFCON finals.

“I am not saying the match against Zambia will be easy, neither am I not treating it with the weight it deserves, but it is up to these young players to prove that they can play at the highest level, with high intensity.

“I am definitely going to deploy these young players and this is an opportunity for them to show what they can do for the team and if they are really ready to represent the national team.

“Zambia are a tough opponent and they showed that they can match even the best when they drew 3-3 with Algeria last Thursday.

“For that, they deserve respect and also they have a lot of experienced guys in their fold. They have world-class players and we need to play our best football.”

Jimmy Tigere could also miss out, with Alec Mudimu, who played just two minutes in the game against Botswana, likely to partner Kamhuka, in the heart of defence.

“We may have qualified already for the AFCON finals but there is no room for complacency in the match against Zambia,” said Karuru.

“This is a battle of the Zambezi and a long-standing rivalry. There is the issue of bragging rights and also international rankings at stake.

“Everyone should put 100 percent and we finish the campaign on a high.”

Revealed: Survey looks at just how many motorists use their mobile phone while driving

I smelled gunpowder at birth—President 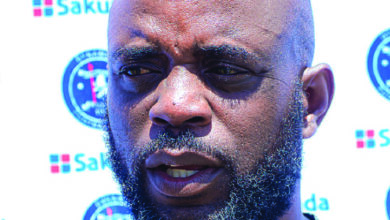 DeMbare spat could rock their campaign