ZIFA are making frantic efforts to secure a visa for Warriors coach Zdravko Logarušić to travel to South Africa for the Cosafa Cup tournament set for Port Elizabeth.

The tournament kicks off this afternoon at the Nelson Mandela Bay Stadium. Logarušić was part of the squad that flew out of Harare yesterday morning, but was denied entry into the neighbouring country.

He was expected back in the capital last night to begin the visa application process.

The Croat was not the only member of the technical team that did not travel as his assistant coach Lloyd Chitembwe was left behind in Harare because he is blacklisted and hence, not allowed to enter South Africa.

Tonderai Ndiraya is taking charge of the team’s training sessions in the meantime.

Zifa claimed yesterday that they had been assured before the team’s departure that Logarušić would be allowed entry into South Africa.

“The association would, however, like to inform the nation that the head coach Zdravko Logarušić has been denied entry upon arrival at Oliver Tambo International Airport on the basis of him not holding a valid visa for the host country, South Africa. This is despite the fact that we confirmed with visa and travel agencies in Zimbabwe prior to departure and we were assured that as long he possessed a valid Zimbabwean worker’s permit, he would be allowed entry in South Africa.”

Zifa said they were dismayed upon arrival at the airport when they were told by immigration officials that only service and diplomatic holders from Croatia were exempt from South African visa requirements.

“This was not anticipated by the association and the travel agent has availed a letter of apology after this debacle. The travel agent has also agreed to reimburse expenses resulting from this anomaly. The association is now saddled with ensuring that the coach gets a visa and proceeds and joins the team in Port Elizabeth in the shortest time possible,” the football motherbody added.

“We apologise to the nation for the inconvenience. However, the team remains in high spirits and ready to compete to everyone’s best abilities.”

Logarušić was forced to make changes to the travelling squad after some players pulled out of the trip due to different reasons.

Germany-based star Jonah Fabisch, who was set to make his first appearance for the team, and striker Knox Mutizwa were the first to drop out of the squad.

Fabisch, the teenage son of former Warriors coach Reinhard Fabisch, was blocked from leaving the European country due to COVID-19 protocols, while Mutizwa had family commitments.

Evans Rusike was ruled out after picking an injury at training, while the only other experienced striker in the squad, Perfect Chikwende, was chalked off “for medical reasons”.

This has left the Warriors very thin upfront, with Bulawayo Chiefs’ Farau Matare and Triangle forward Delic Murimba, who was called into camp late, the only recognisable strikers in the squad.

But despite travelling with a much-changed squad that features players on the fringes of selection for the 2022 Fifa World Cup qualifiers that resume in September, Zimbabwe will still fancy their chances of winning the tournament.

The selected players see this as a real chance to shine and claim a stake in the main Warriors squad.

They begin their campaign with a match against Mozambique on Thursday, before facing Namibia three days later.

They will conclude their group matches against Senegal on Wednesday next week.

The tournament kicks off this afternoon when Eswatini take on Lesotho at the Nelson Mandela Bay Stadium at 2pm.

South Africa and Botswana will contest the other Group A game at 5pm, with both knowing that a positive beginning to the competition is imperative.

That is because only the top team in each pool is assured of a passage to the semi-finals, along with the best-placed runner-up.

Group B is a three-team pool with Zambia, Malawi and Madagascar, while Group C contains Senegal, Zimbabwe, Mozambique and Namibia.

In order to level the playing field in the calculation for that best runner-up position, the results against the bottom sides in Groups A and C will be discarded.

This is only to determine the best runner-up across the pool. The winners of each group will be decided using all games.

Zimbabwe Women missing six stars as they face SA side 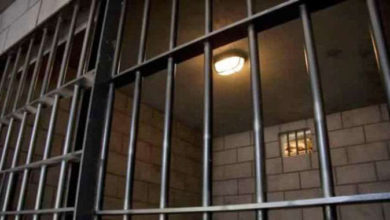