Locusts have reportedly ravaged sorghum, millet and maize destroying nearly 8 000 hectares of the crops in Chiredzi and Mwenezi — the worst infestation in decades that could leave scores of farmers facing food insecurity.

Shingirai Nyamutukwa, head of the Plant Protection Research Institute told the Herald yesterday that the outbreak of three indigenous locust species locust which do not spread over long distances unlike the African migratory locust — had damaged 3 – 92 percent of the crop with small grains being the most affected.

The institute detected an outbreak of locust in the central, eastern and southern regions of Zimbabwe a week ago.

“Crop damage ranged from 3-92% depending on crop,” said Nyamutukwa. “Sorghum is the worst affected crop and it constituted the greater part of the affected 7853,2 hectares of crop land in Chiredzi and Mwenezi.”

“Sugarcane damage was minimal at less than 5%. Sugarcane usually recovers quickly unlike damage on sorghum, millet and maize which is directly on the yield. Small grains are the most affected and if the pests are uncontrolled, more than 4 800 households will be food insecure in the two districts,” Nyamutukwa said.

“Our teams are on the ground assisting farmers. We have provided resources to assist farmers in pest management.”

The most affected areas were Chiredzi wards 1 – 12 and 22 where more than 2 457 households had their crops damaged while in Mwenezi some 2 440 households in BJB, Chikokoto and Masangula.

“So far we have identified three types of locust species – the Ruspolia differens, commonly known as “madhumbudya,” the Cytacanthacris (green locusts) and the Cataloipus oberthuli known locally as ‘njeru’ which are all edible,” said Nyamutukwa.

“These do not migrate over long distances like the African migratory locusts. These are localised and often consumed by local communities.”

The grasshopper species, which are edible, are common to Zimbabwe and most other sub-Saharan African countries and breed abundantly under drought conditions followed by rain and rapid vegetation growth.

Heavy rains in the 2020 -2021 cropping season have created conducive conditions for swarms to breed in these countries forcing plant protection agencies to take steps to control any outbreaks.

SADC and partner organisations like International Red Locust Control Organisation for Central and Southern Africa (IRLCO-CSA) were working with the four countries to control the pest and protect people’s livelihoods.

“We have sent two teams so far from PPRI to work with Agritex in assisting control of locusts especially in hot spots for the most vulnerable. Chiredzi got 10 more sprayers and chemicals to assist those in need,” Nyamutukwa said.

Locust plagues were likely to reduce yields for the affected communities in Zimbabwe, despite most other parts expecting a bumper crop this season.

Almost all crops and non-crop plants are vulnerable and the insects are one of the biggest threats to food security in large parts of East Africa.

Swarms of locusts that have flocked to seven east African countries, after a bout of unusual weather patterns in 2019, were exacerbated by climate change.

The infestation spread eastwards, affecting Yemen, Somalia and Ethiopia, threatening the food security of millions of people, as they devour crops and leave serious agricultural damage in their wake.

how African countries are tackling the challenge 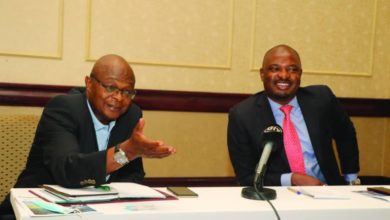