The BeyondCOVID Business Survey reshows that more SMEs had closed by the fourth quarter of 2020 compared to the early months of the lockdown.

It was supposed to just be three weeks of lockdown, initially. South Africans never imagined that the country would remain in a state of emergency for a full year.

While authorities tried all they could to contain the spread of the Covid-19 virus by moving South Africa back and forth in different lockdown stages, the effects of these stop-start decisions became more severe on small, medium, and micro-enterprises (SMMEs) as the year in lockdown went on.

According to the BeyondCOVID Business Survey released on Thursday, more SMMEs reported business closures by the fourth quarter of 2020 compared to the second quarter when restrictions that came with the lockdown had only been in place for few months.

Redflank, the specialist management consultancy firm that released the first instalment of the BeyondCOVID Business Survey five months into the lockdown, said 26% of SMMEs were forced to close their doors by the fourth quarter of 2020 compared to 23% in the second quarter. While some of them expected to reopen at a later stage, 7% closed permanently.

By March 2021, 21% of businesses polled were closed, although 64% of them indicated they do expect to reopen. With more than half of businesses who took part in the survey operating at reduced capacity, they expect to lay off a collective 1.2 million workers over the next six months.

“We had [already] started to see unemployment growing during this lockdown but coupled with that a number of employers are indicating that they are still struggling,” said Matungoe Chidi, a director at boutique consultancy firm Mzabalazo.

Chidi said 37% of companies that are still in business also indicated that they would need some sort of funding to be able to continue to operate for at least six months. Redflank estimated that SMME funding needs to keep them going amounted to R1.1 trillion.

Businesses also expect recovery to pre-Covid-19 levels to take much longer now – 3.5 years compared to three years when the survey was conducted at the onset of the pandemic.

But there is some good news. The proportion of companies who have returned to “business as usual” has increased slightly to 21% compared to 20% early on the lockdown. Most of these are big corporates where 44% have returned to normal operations compared to only 17% of SMMEs. 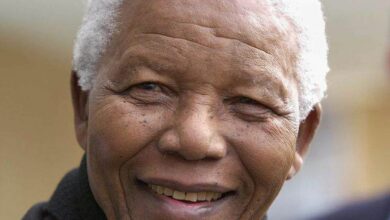 Businesses cannot pretend to be apolitical