1522:  “Let me end by a quote from Author and Behavioural Scientist, Steve Maraboli, “Life doesn’t get easier or more forgiving, we get stronger and more resilient.” Therefore, let’s focus on building resilience and recovery of the economy in the middle of this COVID 19 storm.”

Professor Ncube has concluded his address and that ends our updates.

1521: Mr Speaker Sir, despite the ragging global pandemic, implementation of the NDS1 through the 2021 National Budget remains on course, following a favourable farming season, recovery in manufacturing sector and firming international commodity prices. The COVID-19 response measures, coupled with the vaccination exercise currently underway globally and domestically, continue to give hope to the sustained economic recovery. The fiscal consolidation measures implemented to date have engendered stability in the economy.

“Mr Speaker Sir, let me inform the House that that I only presented economic developments to date and outlook as well as update on the 2021 National Budget implementation progress during the first half of the year. There is need to stay the course. Therefore, there are no policy changes as I believe the existing policies are achieving the desired results and are still adequate. We only need to stay the course, and any substantial policy changes will be introduced through the 2022 National Budget.”

Token payments are part of the re-engagement process with the International Community in line with the Arrears Clearance & Debt Relief Strategy which is critical in regaining access to concessional financing from both multilateral and bilateral development partners. Payments to Paris Club Creditors will also begin in the second half of 2021.”

1517: “In view of the persistent COVID-19 pandemic, intensive vaccination remains un-avoidable and a long-term solution to save lives and livelihoods utilizing the savings from last year. To date, resources amounting to US$93.2 million have been spent on vaccines alone. Government has set aside US$100 million for vaccines acquisition.

“Going forwards, to ensure timely and efficiency in payment for the procurement of the anticipated deliveries of 1.9 million tons valued at ZWL$62 billion, Government will continue to mobilise resources through various instruments, including purchases by private sector.”

1516: “Capital spending as at 30 June 2021 amounted to ZWL$67.4 billion, against a target of ZWL$58 billion. Government has strengthened monitoring and evaluation of targeted projects in order to guide policy interventions that would upscale project execution.

“Devolution resources facilitated implementation of various projects across the country in areas of health, education, roads, water and sanitation.”

1514: “In the outlook to December 2021, budget expenditure target of ZWL$421.6 billion will be maintained as we try to contain expenditures, save for exigencies managed through reallocations, where necessary. In terms of Votes performance, disbursements to Ministries, Departments and Agencies were generally in line with planned and budgeted programmes and projects, save for unforeseen but essential developments, particularly those meant to save and cushion lives against the pandemic.

“As a result, expenditure on Government programmes during the period under review was 41% of total budget against a half year target of 45%.”

1510: “Cumulative revenue collections for the period January to June 2021 amounted to ZW$198.2 billion against a target of ZW$182.1 billion, resulting in a positive variance of ZW$16 billion or 8.8%. This positive performance was attributed to both tax and non-tax revenues, which were above targets by 5.3% and 392%, respectively.

“In the outlook, the budget is anticipated to remain more or less on course assuming limited impact of exigencies and containment of expenditure pressures.”

“Between January and June 2021, the country received US$746.9 million in diaspora remittances compared to US$288.7 million received during the same period last year. Remittances are projected to continue to drive the current account surplus in 2021, with end year projection of US$1.3 billion.”

1505: “Merchandise exports are projected to increase by 4.2%, from US$4 931.9 million in 2020 to US$5 139.8 million in 2021. Mineral exports are expected to maintain strong growth on account of the continued strong performances in Platinum Group of Metals (PGMs) and recovery in chrome and high carbon ferrochrome exports.”

1503:  “The country’s external sector position has remained strong in support of the country’s balance of payments requirements, as well as stabilising the exchange rate. Notwithstanding the transitory current account deficit realized during the first quarter of 2021, the current account balance for 2021 is projected to remain in a surplus position, albeit at a moderated level of US$611.6 million, compared to US$1 096 million recorded in 2020.”

1500: “Fiscal and monetary consolidation measures being implemented by Government to date have managed to firmly anchor inflation expectations as shown by a significant decline in inflation from 837.5% in July 2020 to 106.6% in June 2021. The July year-on-year inflation is 56.37% and 2.56% for month-on-month inflation.

1458: The minister has started his presentation he says: “The domestic GDP growth for the year 2021 is projected to remain strong at 7.8%, slightly above the 2021 National Budget growth forecast of 7.4% . The strong rebound of the economy is anchored on better 2020/21 rainfall season, higher international mineral commodity prices, stable macroeconomic environment and COVID-19 pandemic response measures, including vaccination programme.” 2021 Isuzu MU-X has arrived in Australia 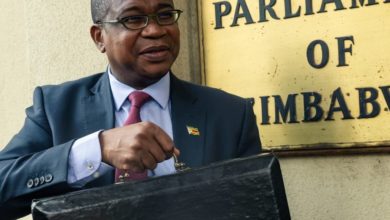 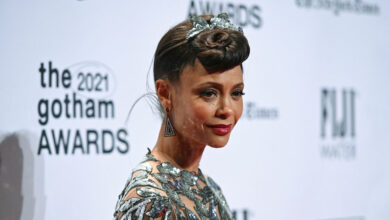 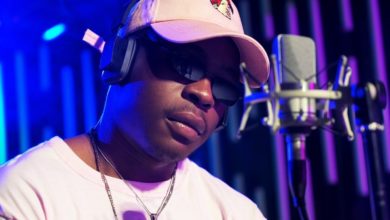