Soccer superstar Lionel Messi broke down in tears during an emotional press conference where he confirmed that he is leaving his longtime club FC Barcelona.

The 34-year-old, who joined FC Barcelona’s famed youth academy aged 13, and is the club’s all-time top scorer and appearance maker, entered the press conference Sunday afternoon wearing a face mask and looked visibly emotional. Before he spoke to reporters, he was passed a tissue by his wife to wipe away tears.

“The truth is I’m leaving. I’m so grateful for the care people have shown me,” he said during the press conference. “I never imagined having to say goodbye.”

Later, Messi confirmed that he had wanted to stay at Barcelona, but he and the club could not finalise a new contract due to league regulations.

“I did everything possible and the club, Laporta [President of Barcelona], they couldn’t do it because of LaLiga,” he said. “I’ve heard things said about me that I didn’t want to continue, but on my life, we did everything we could because I wanted to stay.”

He added: “My family and I were convinced we were going to stay at home. That’s what we all wanted more than anything. We’d always made this our own. We were at home. We thought we would be staying here in Barcelona. But today, we have to say goodbye to all of this.”

FC Barcelona head coach Ronald Koeman and Messi’s now-former teammates, including Gerard Pique, Antoine Griezmann, and Sergio Busquets, were present at the press conference and gave him a standing ovation as he reached the end of his speech. At this point, Messi became increasingly emotional and stepped away from the podium as he wept. Lionel Messi at the press conference.

Messi’s status with Barcelona has been up in the air ever since he requested a transfer last summer. He ultimately withdrew that request and opted instead to play one more season with the club. After this contract expired at the end of the 2021 season, Messi became a free agent but had been expected to sign a new deal with Barcelona.

In July, Reports in Spain suggested that he sign a new deal on a significantly lower wage, as the Catalan club had exceeded La Liga’s strict salary limit and needed to reduce its wage bill by €200 million ($237 million) per year to register Messi.

However, the club shocked the football world last Thursday when they announced his departure, citing “financial and structural obstacles.”

However, during the press conference, the six-time Ballon d’Or winner said he had not made up his mind about his future. Although he said, PSG is “one possibility.”

“There are a lot of clubs interested,” he said.

‘I feel like a prisoner’: Afghan women fearful after Taliban capture 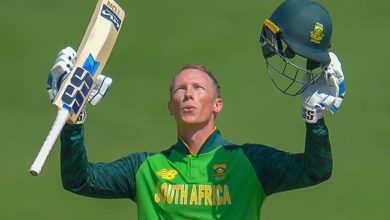 Kaizer Chiefs fans march towards Naturena: ‘We are tired of how you’re handling our team’