From Gangs of Wasseypur to Mirzapur, from Run to Mimi, Pankaj Tripathi has sure come a long way. The actor, whose early roles are mostly credited as ‘unnamed character’ now has roles written specifically for him. His presence has become a value add in any project, whether it is a film or web series. And such as the quality of his work that it would be hard for any one of us to pick just one favourite film or series that features Pankaj Tripathi.

This year, the actor was in seen in Kaagaz, his first film as a lead, and now, he stars in Mimi. In the Laxman Uterkar directorial, Pankaj Tripathi plays the role of Bhanu. He is funny and witty as the man who introduces the idea of surrogacy to the lead protagonist and also becomes her support as things go awry.

Recently, indianexpress.com sat down for a conversation with Pankaj Tripathi during which, we tried to explore what goes behind creating a character like Bhanu. At first, Tripathi joked that when he is paid on time, the work becomes easy. But later, Pankaj said the script was a huge boon and even director Laxman Utekar’s guidance helped him.

Watch | Kriti Sanon and Pankaj Tripathi talk everything about Mimi

“Duniya me bohot saare logo se mile hai, aisi paristhiti me rahe hai (I have met many people, I have lived in many situations). I have seen that world. So, it is all an experience of life. Life taught me a lot. So, it all comes from the learnings,” Tripathi said when asked about how he makes his character on the script come alive on screen.

When the trailer of Mimi was released, people tagged it as yet another small-town story. But Pankaj said while hundreds of stories from the heartland have made it to the silver screen, there are more left to be told. “Abhi bohot saari kahani bachi hai. Humara desh bohot bada hai dost. Yes, we will tell urban stories, that are based abroad but we also need to tell stories that dig deep into the roots of our nation. So many stories have been told but there are thousands more waiting to be explored,” Pankaj replied with a smile on his face.

His film Mimi is a comedy-drama that explores the concept of surrogacy in a lighthearted manner. We asked the actor how a comedy film with a message can impact the audience, in response to which, Tripathi stated that watching a comedy film is like meditating. He said comedy films make an impact on people’s minds effortlessly.

“I feel when you are saying something through humour or comedy, the impact is larger and successful because it is like meditation. The purpose of meditation is to lose oneself in nothingness. To bring ourselves in a state where we have no thoughts. And for any human, it is difficult to come into such a zone because every one of us is a thinking individual. We have multiple thoughts going on in our minds. When you meditate for a year, you can zero down to only maybe two moments when you could put yourself in the zone of nothing. In comedy, when you watch the film (or series) and laugh out loud, for those 10 seconds, your brain has no other thought but happiness. No EMI pressure, no career issues and no complexities of any sort. In a comedy film, if we can give 10 such laughter moments, we are giving the audience 10 meditative moments. That elevates the message of the film,” he expressed with a disclaimer saying, “this is my logic.”

He also added, “Your mental calmness increases when you watch a comedy film. In that space, when the filmmaker is trying to put across a poignant statement or message, it creates a lasting impression. Films are a strong medium, why waste it only on entertainment. If you can convey a message in a this way then why not?”

US to ship 5.66 million Covid-19 doses to South Africa, 4 million to Nigeria 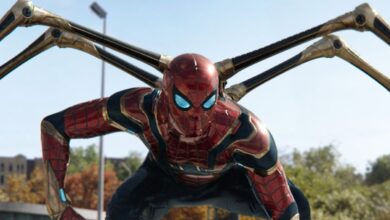 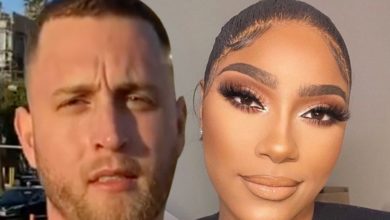 Chet Hanks’ Ex Suing Him for $1 Million, Claims He Abused Her 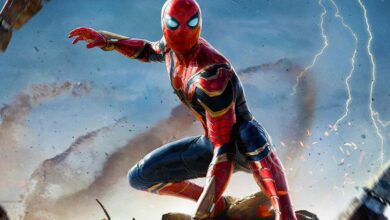 Spider-Man: No Way Home tickets are being scalped on eBay for ridiculous prices