He also calls for increased support to the health sector and investment in agriculture to create food security here.

He underscores that investment in education will enhance the country’s fight against COVID-19 and contribute to the attainment of goals and targets of the government’s Pro-Poor Agenda for Prosperity and Development, including those of the Sustainable Development Goals (SDGs), thus ensuring a prosperous nation.

In a pre-recorded speech broadcast here to mark Liberia’s 174th Independence, which was observed on a low-key level on Monday, July 26 due to the health pandemic, Dr. Nelson notes that following 174 years of conflict-ridden history, education is the fulcrum and sole cross-cutting factor that can enable the country to achieve all of her bold and lofty development aspirations in the medium to long term.

He says whether it is giving power to the people, improving the economy and increasing jobs, maintaining peace, or improving governance and transparency, these cannot be sustainably achieved without an informed and competitively educated citizenry, adding that a cursory inspection of the history of development in the global South will single out education as the common denominator.

“In southeast Asia, the development miracle of the ’80s and ’90s cannot be divorced from post-World War II policies that deliberately focused on human capacity enhancement to match capital expenditure. The relatively poor Island of Cuba has the best doctor per capita ratio in the Western Hemisphere and one of the best healthcare systems in the world, even though nearly all of their health practitioners are products of their education system”, Dr. Nelson notes.

He also points that the rise of the two neo-liberal development shining stars of Africa, Botswana, and Rwanda, are often credited to abundant natural resource endowment and tourism respectively, but powering these two economies is the characteristically sound and educated citizen base.

“We would be remiss”, Dr. Nelson argues, “not to at least hint our awareness that the education sector in Liberia, as critical as it is to the success of our development dreams, has been the subject of national conversations for a while, but also a victim of market failures and reform-implementation misalignment.”

The UL President laments there is a failure when the rate at which the country increases the size of its lantern labor keeps exceeding the absorption capacity of its economy mainly due to mismatches between the demands of a 21st century economy below full potential and the relics of an outdated school system, saying “We certainly have a problem in this sector when there continues to exist an ever-widening schism between reform and implementation.”

According to him, for elected public officials, genuine commitment to investment in education is a catch-22 because it is necessary as a long-term pivot for development but investment therein takes at least half a generation to yield results.

However, he argues there is a need to continuously increase investment in the sector even though it does not present immediate results because of the human capacity development cycle, adding that it requires conviction, time, vision, courage, anticipation, and leadership to demonstrate commitment to educational reform thus, thanking Mr. President George Manneh Weah and his leadership in supporting tertiary education reform efforts at the University of Liberia and other public tertiary institutions in the country.

Turning to the health sector, he asks the government to invest more so that citizens across the length and breadth of the country may have access to quality and affordable health care delivery, noting that community-based healthcare training will be a significant contribution, adding, “Leading a healthy people is not only a feather in your cap but will contribute to the benefit of all.”

Dr. Nelson also recommends that the Weah administration prioritizes empowerment of Liberians to grow what they eat and eat what they grow. He says the country must prioritize agriculture because it holds the greatest potential for alleviating poverty and inequality and ensuring food security and economic stability.

“Our plead, therefore, is for the government to prioritize once again the counties of Bong, Lofa, and Nimba as the nation’s food baskets, and invest heavily in this sector, which will result in the saving of millions of dollars being spent importing our staple food, rice, as we did in prewar Liberia.

He is of the conviction that by doing this, Liberia will improve food security, reduce food imports, increase exports, and hence spark an economic transformation that creates jobs and boosts the incomes of ordinary citizens.

An overview on fitness to drive for patients with cardiovascular diseases

Big diamond found in Botswana, could be world’s 3rd largest 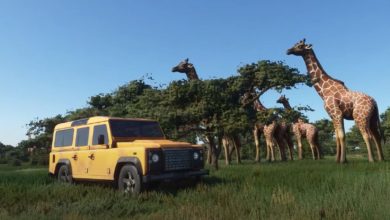 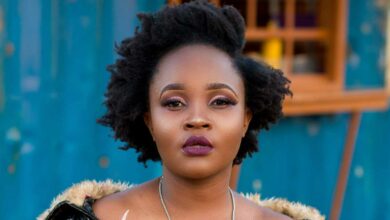 Botswana: Board Briefs On Land Issues