Zanu-PF Secretary for Administration Cde Obert Mpofu announced the national hero status at her family’s homestead in Umzingwane on the outskirts of Bulawayo yesterday evening.

He said the ruling party unanimously agreed that the status was befitting considering Cde Ngwenya’s contributions in liberating Zimbabwe.

Cde Mpofu said the late nationalist was one of the few national heroes and heroines whose status was not debated as her works still speak for her even after her death. He said burial arrangements will be announced in due course.

The late heroine died on Thursday night at the age of 86, three days before she could be a conferred with the Grand Officer of the Zimbabwe Order of Merit on Heroes Day.

Inspired by founding nationalists such as the late Vice-President Joshua Nkomo, Benjamin Burombo, Joseph Msika and Josiah Chinamano, she crossed into Zambia via Botswana to join the liberation struggle whereupon her arrival she found Cdes Jason Ziyapapa Moyo, George Silundika and Edward Ndlovu in charge of Zapu and became one of the leaders of the party.

“When we received news that our mother had passed on, President Mnangagwa immediately called me  asking that I prepare her paperwork as it could not be debated that indeed she was a hero. It gives me great joy to announce that President Mnangagwa has declared the late Cde Jane Lungile Ngwenya as a national hero. Burial arrangements will be announced in due course,” said Dr Mpofu.

Responding to the declaration, Cde Ngwenya’s uncle Mr Tonderai Mushaurwa said the family was happy that she had been given the great honour to be buried at the National Heroes Acre.

“We accept this declaration and we are happy that she has been honoured by the President, the ruling party and the Government. We are happy and appreciate all efforts to celebrate the sacrifices that our daughter made for the liberation of this country,” said Mr Mushaurwa.

In his condolence message on Friday, President Mnangagwa said he received the news of the passing of Cde Ngwenya, one of the country’s pioneer female nationalists and liberation fighters, with deep shock and grief.

President Mnangagwa described Cde Ngwenya as a dedicated cadre, leader and stalwart of the liberation movement and, “our own liberation struggle”.

“What breaks my heart is that her demise came just three days before our nation honoured and celebrated her outstanding contribution to the national cause by conferring the Grand Commander Zimbabwe Order of Merit Award on her; the second highest honour Zimbabwe reserves for her most distinguished sons and daughters. Indeed, she would have been the first living recipient of such an outstanding award,” President Mnangagwa said in his condolence message.

The President said Cde Ngwenya stood out as a firebrand female cadre who lent militancy to the nationalist movement in its early phase.

With other nationalist luminaries, the President said Cde Ngwenya founded and launched the National Democratic Party (NDP) and Zapu after the NDP had been banned.

“It required men and women of exceptional courage and belief to confront the brutal Rhodesian settler system at that time and to keep the spirit of militant nationalism alive,” said President Mnangagwa.

He said Cde Ngwenya even sacrificed her marriage for the cause.

President Mnangagwa said Cde Ngwenya’s fearless personality made her an ideal candidate to lead the Youth Wing of the nationalist movement.

“As a member of the Youth League, I served under her and vividly recall her bold and exceptional leadership in that role.

“Through her persuasive broadcast messages aired from Zambia, many youths gathered courage to join the armed struggle.”

Besides her role in liberating the country from colonial rule, Cde Ngwenya will also be remembered for sacrificing her marriage for nationalist politics.

As a young wife in colonial Rhodesia, Cde Ngwenya used to strap her daughter, Elizabeth, on her back to attend meetings that later culminated in the liberation of the country.

NaBigboy, as Cde Ngwenya was affectionately known, grew thirstier for the country to be liberated by each day she lived under the shackles of white minority rule.

She was actively involved in the politics of the time despite the fact that she had young children to look after.

Her thirst to see the country in the hands of black majority rule led to her arrest in the early 1950s.

She was imprisoned for three weeks at Grey Street Prison (now Bulawayo Prison) in what she described as appalling living conditions together with her daughter, who was barely two years old at the time.

“I couldn’t even dip a cloth in a bucket of water so I could clean my breasts in order to breastfeed my baby. The water was so dirty. It was a health hazard. I would just sit with my baby in a corner of the dirty cell. Some white women led by a Mrs Watson, wound up protesting that I be released from prison because it wasn’t healthy for me to be in there with the baby. I got out after three weeks,” Cde Ngwenya meticulously narrated her ordeal.

She said her home life was never the same after her jail experience.

“My husband tried to convince me to stop political activism. I’d sometimes restrain myself as a mother and wife, but he couldn’t contain me. Later on, we had to divorce. Kwasekuyi rice elamatshe, sekulumela (Our relationship was now unpleasant). Even my family was in support of his discouragement of my political activism. Abakithi babesithi kanti kwenzelwani, umuntu ongumfazi, but I didn’t care anymore. The liberation struggle was really important to me,” she said last year during an interview with The Chronicle.

She refused to conform to patriarchal expectations and societal norms that dictated that a woman’s place was in the home.

Cde Ngwenya said her husband, George Tinarwo, became impatient with her involvement in politics in the early 1950s, resulting in their divorce.

“My husband was not happy with my involvement in politics because on several occasions the Rhodesian police came to our home looking for me. He always complained about that saying ngumfazi bani otshona edingwa ngamapholisa? (What kind of wife is always wanted by the police?),” she said.

Cde Ngwenya said when she first participated in politics, she did so with her husband.

“When my husband and I started, we used to attend meetings together. We would leave church at St Patrick’s and go to a place called Slaughter Poll for meetings. When we got home, we would even discuss what was said at the meetings. But as time went on, my husband started getting scared. Eventually wangala lubaba (he divorced me). However, I was not deterred. I resolved to be married to the struggle because I was angered by the brutality of the whites, who had beaten my grandparents. I then remained without a man, ngiyisaliwakazi (divorcee) because of that.”

The seven-year marriage which was consecrated at St Patrick’s Catholic Church collapsed because she had a choice to make. Her marriage or her country.

She chose her country and was divorced at the Bulawayo High Court.

Sir Hugh Beadle, who was the judge then, said to her: “Do you actually think a black person can rule this country? You are a stupid girl, you destroy your marriage because of silly things. You can’t run yourselves (black people); you have to say thank you to the people who brought civilisation to your country.”

She said she just ignored him because there was a fire burning inside her. She just wanted to go back to the people and fight white oppression.

Cde Ngwenya, whose burial arrangements are yet to be announced, was the only survivor of the PF-Zapu national executive that was there at Independence in 1980.

Known as a “rabble-rouser” and a “no-nonsense” woman because of her strong political convictions during her time, Cde Ngwenya was one of the few women to be involved in nationalist politics at the top level during the struggle. 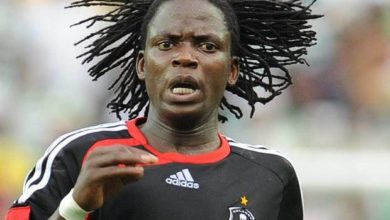 A leg that never lied 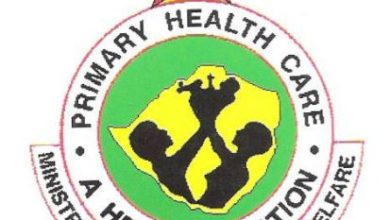 From Zim, with Love: The Russian roulette of explosives… – Daily Maverick 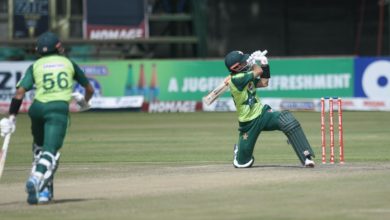