Lexus is embarking on a monumental change over the next five years.

The luxury Japanese brand has committed to introducing 20 new vehicles by 2025 — 10 with some form of electric power.

By the middle of this decade Lexus expects to have an electrified version of all its models, which includes full electric, plug-in hybrid and conventional hybrid models.

It’s an ambitious task as Lexus and its parent company Toyota are well behind the rest of the world’s major car makers in bringing an electric car to market.

Lexus expects that by 2050 its entire operation will be carbon neutral, including manufacturing, parts, logistics and the disposal and recycling of older vehicles.

To showcase its commitment to a zero-emissions future Lexus has revealed the LF-Z Electrified concept car.

Lexus claims the LF-Z is capable of hitting 100km/h from a standstill in 3 seconds.

A high-capacity 90kWh battery will provide a driving range of up to 600km on a single charge.

The battery can take up to 150kW of charge, which means it would fill to 80 per cent in about 30 minutes. Electric cars slow the charging rate for the last 20 per cent to stop overheating and damage to the battery.

Inside the concept features a futuristic layout, with an aeroplane-style yoke steering wheel. Tesla recently announced it will install a similar steering wheel in its updated Model S.

An array of screens angled towards the driver and an augmented reality head-up display give the feeling of piloting a spaceship.

The concept is packed with hi-tech features including a digital key function that allows for friends and family to access the car without the need for a physical copy.

A booming Mark Levinson stereo is included, which produces a concert hall like experience and uses noise cancelling technology to provide privacy among passengers.

Recall for car after malfunction discovered in ABS system 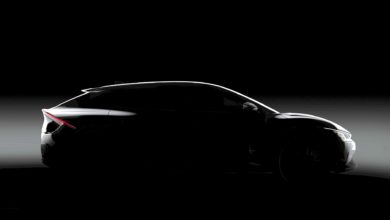 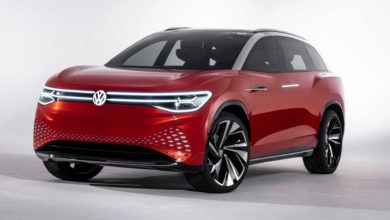 VW ID.6 Seven-Seat SUV Debuts In April, Could Come To US