The Japanese luxury brand – and its parent company Toyota – have been slow on the uptake of electric cars, instead focusing on conventional hybrids, but that is all about to change.

Lexus has confirmed it will reveal its first plug-in hybrid later this year and its first fully-electric vehicle built on an all-new modular platform in 2022.

The new modular platform is expected to spawn a wide array of new zero-emissions vehicles over the next few years. The company plans to have 10 new fully-electric, plug-in hybrid and conventional hybrids by 2025.

“Lexus pursued electrified technologies at the right time and on a significant scale, reinforcing our commitment to CO2 emissions reduction in luxury segments,” says Mr Thompson.

The plug-in hybrid due later this year will be a luxury sedan and the electric car breaking cover in 2022 will be an SUV according to images of the prototypes undergoing testing.

Lexus previewed its future EVs earlier this year with the LF-Z concept car.

Lexus claims the LF-Z is capable of hitting 100km/h from a standstill in 3 seconds.

A high-capacity 90kWh battery will provide a driving range of up to 600km on a single charge.

The battery can take up to 150kW of charge, which means it would fill to 80 per cent in about 30 minutes. Electric cars slow the charging rate for the last 20 per cent to stop overheating and damage to the battery.

But this won’t be the first Lexus EV on sale in Australia, the brand is bringing the UX 300e in November.

This is an electrified version of the current UX compact SUV and not built on a dedicated electric car platform.

Vehicles built on dedicated EV platforms generally will have bigger batteries, faster charging and a roomier cabin compared to EVs that have been built on petrol vehicle platforms.

Toyota revealed its first electric vehicle earlier this year in the form of the bZ4X concept at the Shanghai motor show.

There will be seven bZ models launched globally by 2025. The name bZ stands for “beyond zero”. Toyota says the new model will

The new models will share an all-new vehicle platform designed specifically to house an electric motor and batteries. The design will allow it to take advantage of the extra space created by dispensing with the combustion engine and associated hardware.

The bZ4X’s all-wheel-drive set-up was jointly developed by Toyota and Subaru and is claimed to take advantage of “the unique responsiveness of electrified vehicles” to deliver “impressive off-road performance”. 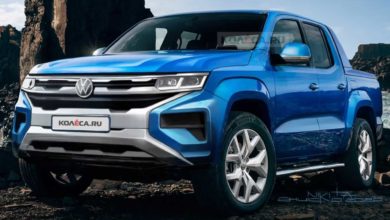