Gauteng Education MEC Panyaza Lesufi on Friday ordered that a forensic investigation be conducted into the affairs of Laerskool Theresapark.

On Thursday, parents confronted principal Dorothy Mabaso and carried her out of her office while she was still seated. They accused her of bullying teachers and mismanagement of school funds.

During the scuffle, Mabaso fell off the chair and was injured. She has been booked off work for seven days, Lesufi said.

Parents chased away Laerskool #TheresaPark principal for allegedly abusing teachers who subsiquently quit their jobs, and is also accused of running the school into financial disrepute. 1 of 2 pic.twitter.com/vUYlSMps33

After a school management meeting on Friday, Lesufi said: “We will communicate with the principal in a joint way before she comes back from leave to find out what will be of benefit to the school and her.”

He said the meeting agreed that a forensic investigation into the school’s finances be instituted.

ALSO READ | DA, FF Plus lodge complaints against Lesufi over alleged comments about tenders for ‘our people’

“We are also putting up an independent firm to investigate all the allegations of bullying, resignations, and whatever was happening at this school. The school must move with speed to get their finances right. They must convene a parents’ meeting, they must pass a budget, they must present audited financial statements and attend to all the issues they have.”

Lesufi said he hoped the reports would be concluded within two months.

“We are happy that the MEC made a commitment to be here tomorrow (Saturday) during the parents’ meeting to address all the stakeholders.”

Tlhoaele said the SGB had been complaining about the running of the school to the district and provincial office, without any luck.

“We would like to apologise for the scene that most people saw on social media and other platforms. We were also sad to see those scenes unfolding,” Thloaele said.

Lesufi visited Mabaso on Friday afternoon. “I went to visit her, purely because I really (don’t) believe any other person should be humiliated publicly. I have apologised to her about what happened at the school.” 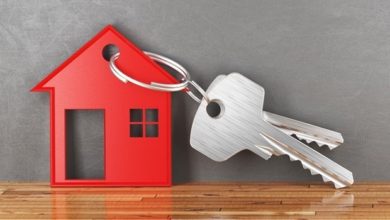 Signing an offer to purchase a property? Here’s why you should look before you leap