(MENAFN – The Post) MASERU -‘ACTION without vision is just passing time. Vision without action is only a day dream, but vision with action can change the world.’
That is Nelson Mandela’s wisdom that has become Sekhametsi Investment Consortium (SMIC)’s guiding torch for the past two decades.
The nearly 500 shareholders have taken those words to heart as they prudently nurture the mustard seed they sowed in 1999.

From the beginning the consortium’s vision has been to ‘make a difference in the lives of ordinary citizens through prudent and well-managed investments that create sustainable wealth for shareholders’.
Leboela Lebete, the SMIC chairman, says that vision would not have come to fruition without the concerted efforts of the shareholders ‘who understood that action is what makes things happen’.

‘We have created a broad-based consortium of people from all walks of life who share the same values and ethics,’ says Lebete.
‘We have achieved this through well-considered investments that diversify the company and deliver sustainable value to shareholders.’
Among the shareholders are farmers, informal traders, pensioners, corporate managers and students. There are religious organisations, investment clubs, burial societies as well as women and youth groups.
Together they have transformed the initial M5.4 million into a M1.1 billion investment.

They don’t believe the future is some distant place to which you blindly march hoping luck and fate will take charge. Their philosophy is that the future is shaped by the decisions and actions of today.
As one shareholder says: ‘The Sekhametsi you see today was shaped 20 years ago. Today we are shaping the Sekhametsi of the next 20 years.’
Lebete, who was one of the first investors, says the company has grown beyond even the wildest dream of most of the shareholders.
‘Looking back, I and other shareholders can only marvel at how our investment has grown,’ says Lebete.

To understand this exponential growth you have to go back to 1999 when SMIC called for contributions to buy the government’s 12 percent stake in Vodacom Lesotho.
Each share in SMIC was M34 and the minimum initial investment was M1 000.
Twenty years later the 12 percent they bought in Vodacom Lesotho has grown to 20 percent. The M5.4 million investment is now worth over M800 million.
Vodacom Lesotho’s value has ballooned from about M45 million to about M5 billion.

Its subscriber base, a few thousands when SMIC bought the shares, is now at 1.6 million, making it the biggest network operator in the country.
In sum, Vodacom Lesotho controls 80 percent of the local telecommunications market and its network covers almost the entire country.

M-pesa, the mobile money transfer platform, has nearly one million customers and carries transactions worth billions every year.
That spectacular growth is also mirrored in SMIC’s own trajectory. A mixture of dividends and loans has also helped SMIC venture into other sectors as part of the vision to become a ‘diversified consortium helping transform lives and the economy’.

Lebete says this strategy is predicated on three pillars. The first is to maximise investable funds by focusing on investment opportunities offering reliable returns and financial security.
The second is to protect assets through diversification. Accountability, which entails thorough stakeholder engagement, is the third pillar.
From 2010 SMIC, anchored by those pillars, started making forays into the property market with the acquisition of a 10 percent stake in Moruo Developments which owns Pioneer Mall. Again, vision has been followed by action.
SMIC shareholders own 71 percent of Sekhametsi Properties, a subsidiary incorporated in 2016 to drive the real estate portfolio.
The result is the majestic Vodacom Park, Vodacom Lesotho’s headquarters. The former Agric Bank Building, acquired in 2017, has been given a massive facelift and renamed Sekhametsi Centre. And behind it a multi-storeyed building is slowly emerging.
But the SMIC shareholders are never a group to rest on their laurels. While growing the brick-and-mortar business the company has pursued opportunities in other sectors.

In 2011 the consortium acquired 25 percent of STANLIB Lesotho, an asset management firm that dominates the local market. Eight years later the company bought 70 percent of MDP which owns five percent of Letshego Financial Services. For SMIC that translates to about 3.5 percent of the micro-lending company.
The consortium has bought a third of Afri-Expo Textile, an apparel manufacturing company wholly owned by Basotho.
As a result of all these ventures the price of a SMIC share which was M34 in 1999 has ballooned to around M8 500, a staggering 24 900 percent return on investment.

Dividends are streaming in while the company experiences organic growth.
SMIC shareholders agree that apart from the shared vision and values something else has kept the consortium intact. And it is the fact that all SMIC members have ordinary shares and no one person or group is allowed to own more that 10 percent of the company.
A uniform class of shares means they all have equal voting rights while the 10 percent cap on the maximum shares manages the risk associated with some shareholders holding too much power.

Lebete says going into the future the consortium continues to seek opportunities to diversify and increase its footprint in the property market.
‘All funding models will be carefully evaluated as we seek to fund the growth. It could be through earnings, debt or public placement but what is certain is that all shareholders will have their say on the route we take,’ Lebete adds.
The story continues….

Dromornithids had weirdly shaped heads that gave them bizarre brains 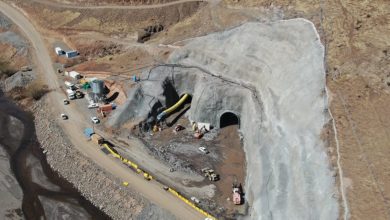 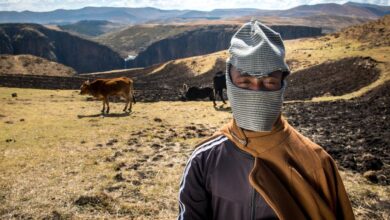 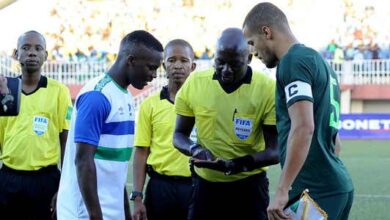 Lucapa finds another +100ct diamond at Lesotho mine