Decomposed remains of a Lentsweletau man, 32-year-old Tebogo Mokokong, who went missing last month, were laid to rest this morning (Wednesday 21st), at the village cemetery.

Mokokong’s decomposed body was found yesterday morning hanging from a tree on top of a hill in the middle of the village by a passerby.

The man reported the incident to the police who attended to the scene before approaching Tebogo’s family to assist identify the deceased.

Mokokong’s uncle, 64-year-old Loeto Mokokong confirmed to The Voice online that three of the family members went to identify the body.

“Since he was already decomposed they were able to identify him by his clothes. He was found hanging from a tree with a shoe lace around his neck, wearing shoes, pair of shorts, a t-shirt and a track top,” Loeto said adding that the police promised to give them the post-mortem report next week.

Loeto said Tebogo went missing on Wednesday 17th March, 2021 after he arrived home and informed him that he got scared after a traditional doctor he worked for requested him to clean his house and he saw things which looked like snakes.

On Friday (March 19th) an incensed search party that believed that the missing man may have been killed for ritual purposes, went on the rampage vandalising property, resulting in the arrest of 30 suspects who were later released on bail.

Sommet Education to double its global footprint with the acquisition of the Invictus Education Group, a leading private education and training operator in South Africa 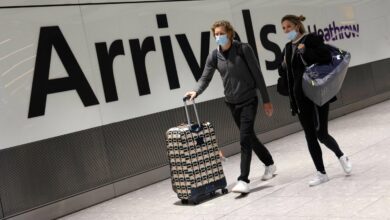