The Springboks are reportedly set to play two “warm-up” Tests against the USA and Japan in preparation for a series against the British & Irish Lions that will indeed be held in the United Kingdom.

A “leaked” itinerary of the tour emerged on social media during the course of Friday, which also mentions the widely-reported plan to add a fourth Test in the absence of traditional Lions matches against South Africa’s top unions.

While the purported document states very explicitly that “the schedule is not confirmed and subject to change” and that “final confirmation will be provided in due course”, it’s understood that the fixture list is legitimate.

One of the sticking points seemingly remains whether one of the Tests will be held at the Aviva Stadium in Dublin.

Should the Irish government not be in agreement, the Wembley Stadium and Twickenham in London will host the final two Tests.

Sport24 previously reported that a series in the UK is SA Rugby’s go-to contingency plan given the prospect of fans being allowed back into stadiums as part of the British government’s gradual exit plan out of its current lockdown.

An official announcement on whether or where the tour will take place is expected at the end of the month.

Meanwhile, the expectation of a third wave of Covid-19 infections hitting South Africa between mid-April and June has thwarted the country’s slim hopes of still hosting the tour.

Stavros Nicolaou, Cricket South Africa’s interim chair and Aspen Pharmacare executive, told Sport24 that “we know third waves are unavoidable around the world, including in our own country”.

World rugby politics and logistics also makes it virtually impossible for the tour to be postponed till 2022 to allow SA Rugby the best chance of hosting a “normalised” tour to Africa.

A series in the UK with fans would serve SA Rugby and the Lions – which is a subsidiary of England, Wales, Scotland and Ireland – from a financial perspective as it gives the two parties the best chance of maximising revenue in a difficult environment.

But leading economists previously projected that the South African economy would suffer a significant blow, with losses ranging between R6 billion and R8 billion.

SA Tourism, while philosophical, would even have been satisfied with a tour behind closed doors locally as it would at least assist in boosting the local industry’s reputation for future overseas travel.

You Can Buy This Vector M12 With Lamborghini Diablo Engine 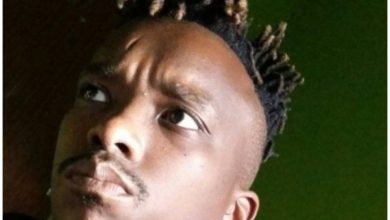