THE family of late businessman and socialite, Genius ‘Ginimbi’ Kadungure has rushed to court seeking a ruling to effect the provisional order in which a Harare lawyer, Patricia Darangwa was barred from handling the execution of the deceased’s estate.

Ginimbi’s siblings and father say some of his wealth risked vanishing if no immediate action was taken.

The appeal suspended the court order while placing at risk, the late businessman’s wealth in Botswana.

Through its lawyer, Wellington Magaya, the family argues that Darangwa filed the appeal only to delay the execution.

Magaya said FNB Bank Botswana had given the family a moratorium of up to March 31 2021 to resolve the executorship and will validity issues.

“The bank is now demanding that a Know Your Customer (KYC) process on the deceased’s company’s account be done in seven days failing which it shall without notice invoke loan recovery remedies available to it at law,” said the lawyer.

“There is no doubt this threatens the assets of the deceased’s company in which applicants have a well-grounded shareholding.

“The directorship and KYC issues digging the resumption of operations of the deceased’s company called Quick Gases (Pty) Ltd can only be permanently addressed if the court pronounces itself on the return day in HC136/21 on the validity or otherwise of Darangwa’s appointment as executrix and the document she produced as a will.”

Ginimbi died November 8 last year in a horrific car crash that also claimed the lives of three other friends.

The incident happened in Borrowdale, Harare.

Barcelos invests US$225k to set up more outlets in Zim 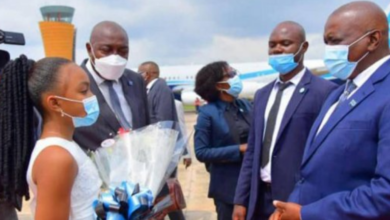 Diplomatic dispute between Tshisekedi and Masisi